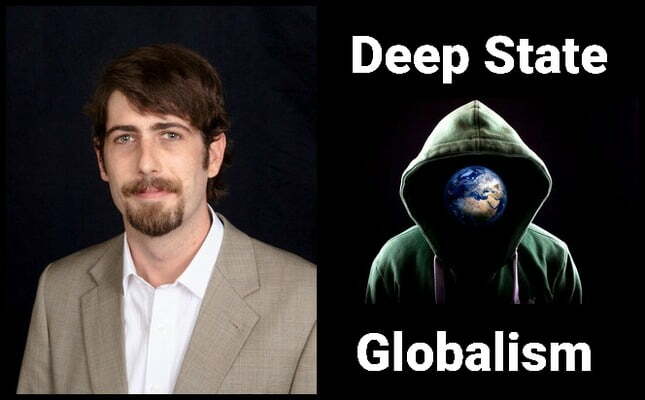 Over several years we’ve witnessed the workings of what’s known as the Deep State.  This is a shadow government that is said to manipulate and shape the policies of our visible government without regard to the best interests of the laws or the Constitution of our nation.

How long has this effort been in place?  Is it at work only in the United States?

Alex Newman provided answers to these and other questions.  Alex is an award-winning international freelance journalist, author, researcher, educator and consultant.  He’s a foreign correspondent and regular contributor for The New American and contributes columns to other publications as well.  Alex has authored or co-authored several books such as Crimes of the Educators and Deep State: The Invisible Government Behind the Scenes and The Deep State: Pulling Strings from Behind the Scenes.

Alex informed listeners that depending upon how you define the term, Deep State, you can actually trace these kind of anti-Christ schemes all the way back to the beginning of America.  He described how conspirators were infiltrating Masonic lodges in Europe at the time of George Washington and were responsible for the French Revolution.  From there he moved on to mention ‘above ground’ organizations such as the Council on Foreign Relations, the Trilateral Commission, and the Bilderberg Group, as well as secretive organizations including the Skull and Bones Society and the Bohemian Grove.

As this Crosstalk moved along, Alex brought listeners more including: