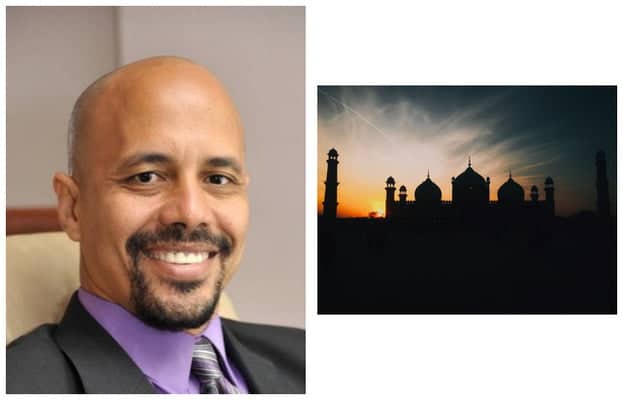 Jim began by reporting news from the Middle East Media Research Institute.  They reported concerning a Jerusalem Imam, Yousef Makharzah, who said that the Muslims will shatter the heads of the U.S. and the infidels and conquer Rome.

In addition, the Council on American-Islamic Relations (CAIR), is reveling in a U.S. mosque survey.  The survey indicates that since 2010 there has been a 31% increase in the number of mosques in the U.S.

According to Usama, a mosque is a place where Muslims gather.  He explained from Islamic history, specifically dealing with Mohamed, how these places were tied to prayer before jihad was to be performed in the form of an invasion of a city village or nation.  They are where Muslims shout “Allahu Akbar!” for the call of prayer.

In addition to the increase of over 600 new mosques in the U.S. in ten years, the number of Muslims participating at each location for the Friday prayers has increased from 353 to 410.

Who’s to blame?  He began with George W. Bush who, after 9-11, told America that Islam is about love and peace and therefore Muslims are loving, peaceful people.  Then he pointed to Christians who are commanded in the Great Commission to share the Gospel but instead are living in the sin of silence rather than exposing the false teachings of Islam.

In the end, this increase in mosques and adherents to Islam is disturbing because  the Islamic faith itself prevents Muslims from assimilating into American culture. So while you may hear the phrase, Muslim/American, it’s an oxymoron.  Find out specifically why, hear audio from Linda Sarsour that proves the point, learn why Muslims shouldn’t be allowed in the military, what you can do, and much more on this critical edition of Crosstalk.