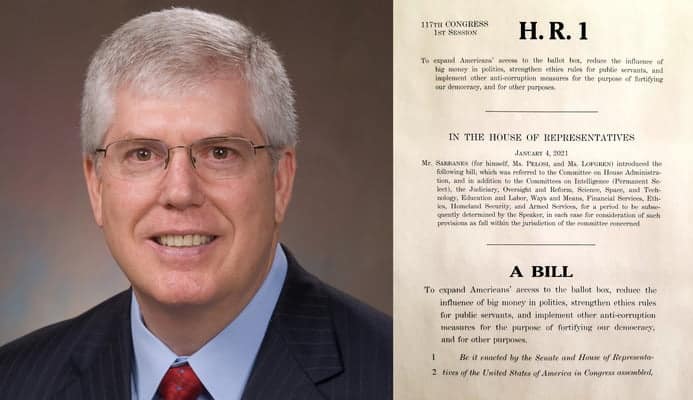 As this broadcast was taking place, the U.S. Senate was going over the agenda for the day.  Part of that involves the so-called “For the People Act” (H.R.1/S.2093) which is allegedly designed to expand access to the ballot box for voters and reduce the influence of big money.  Mat indicated that the vote on this act will take place sometime today, possibly this evening.

Last Thursday, Senator Chuck Schumer invoked the cloture rule, setting up a period of time where they vote when to end debate.  However, in order to end the debate, they have to have 60 votes to overcome the filibuster.  Mat predicted they won’t get those 60 votes.

If Mat’s prediction comes true, things will intensify.  This means increasing pressure will be placed upon all Democrat senators, especially Joe Manchin who has a list of compromises that he’d support.  Mat doesn’t see these as true compromises.  They come from the John Lewis Voting Rights Act that failed in 2020.  The essence of that act would require “preclearance” for the state elections.  This means that the federal government would have a veto over the election laws and procedures of every state, at least with regard to the federal elections.

What does this mean?  Here’s the example that Mat provided:

Imagine if Georgia wanted to pass a law that requires voter I.D.  In order for something like this to be implemented, they’d have to get permission from the federal government through the Department of Justice.  Under the Biden administration, that Department of Justice would say that they can’t have voter I.D. because that intimidates voters.  Recounts and audits would generate the same response.

So if H.R.1 passes, voter I.D. laws will basically become null and void under the current administration.

This is the basis of a broadcast that presents other related concerns as well.  Hear the rest, as well as what listeners had to say, when you review this important edition of Crosstalk.