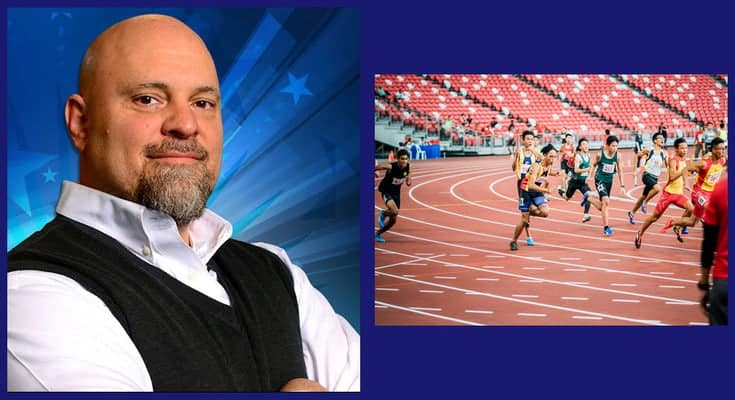 The sports world is being assaulted by wokeness.  While many use sports as an opportunity to get away from the news and pressures of the day, spectators are being bombarded with social justice messaging and virtue signaling.  The American people appear to be fed up and the ratings prove it.  Even the upcoming Olympics are being affected.  While social justice protests are forbidden, athletes are being promised legal support by a global union if they do protest.

Dr. Duke Pesta believes that not only is such wokeness ruining professional sports, its dangers go beyond alienating fans and is being used to fulfill a globalist ideology and the erasure of national borders.  Dr. Pesta is academic director of Freedom Project Academy, host of the Dr. Duke Show, a tenured professor of English at the University of Wisconsin-Oshkosh, and a contributing journalist and writer for various publications.  He’s one of the nation’s foremost authorities on the dangers of Common Core and the federal takeover of education.

How did we get to this point so fast?  Dr. Pesta communicated that the problem is education.  For 3 generations we’ve miseducated children through what he sees as the biggest scam in America today: public education.  At the federal level we’re spending more on education than ever before, yet the literacy rate is poor.  He noted that as a college English professor, his freshmen students have about a 7th grade reading level.

Instead what’s happening is that students are being given various ideological and political positions.  This is driving a wedge between students and their parents; Christianity, independence, freedom and liberty are being castigated, and they’re being told lies about the history of America.

The result is that 3 generations of this teaching has finally caught up with us which means the generation under the age of about 35-40 sees the world in a very different way.

So how does this affect sports?  As the program moved along, Dr. Pesta looked at the following: