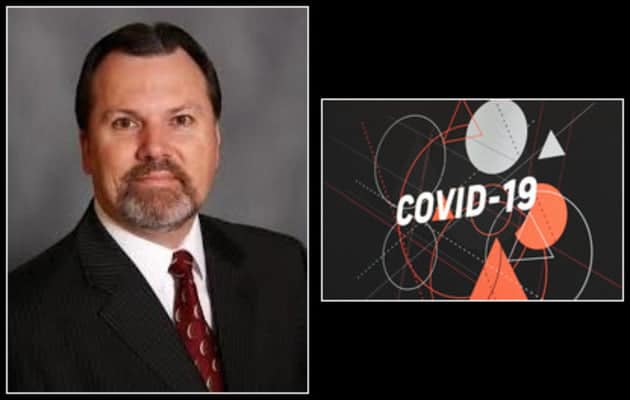 COVID is making its impact around the world.  There is a battle being waged for forced vaccinations, vaccination verifications and vaccination passports.  You may have heard the interview we conducted with Dr. Vladimir Zelenko who has provided a warning regarding this matter.  Though many medical doctors have attested to the effectiveness of Ivermectin and Hydroxychloroquine, these inexpensive drugs have come under great attack from political leaders, from government agencies, from the media and from the controllers of social media.  Is there good reason to believe there’s an agenda behind all this?

Joining Jim to provide answers was Gary Kah.  Gary is the founder and director of Hope For the World.  He is editor of Hope for the World Update, a former government trade specialist, author, as well as former Europe & Middle East Trade Specialist for the Indiana State Government.

Gary recently completed his Fall edition of the Hope for the World Update.  It’s titled: The COVID Agenda and Mark of the Beast Technology.

Who are the “masterminds” behind this agenda?  Gary pointed to major figures involved in the World Economic Forum.  This includes people like Bill Gates.  Then there’s the Vatican, the Council on Foreign Relations, The Trilateral Commission and others that favor the idea of world government.  Gary believes these people and organizations see the COVID situation as an opportunity to halt the economy of the world so that they can introduce their new global system.

How does he see the COVID vaccines relating to all of this?  He sees the vaccines and the pandemic as the pathway to a mandatory digital I.D.  This I.D. will contain your vaccination record/passport and other personal information.  Ultimately it will be required to buy, sell or move about freely.

On the technology/delivery end of things, Gary discussed the Quantum Dot Method.  He believes this may end up being the most popular way of planting this on most people.  In other words, the technology is moving from digital I.D. on your smartphones to getting the technology onto people themselves.

Overall, Gary described the numerous factors involved in this agenda that includes the creation of a global system of government and the introduction of a worldwide cashless economy utilizing digital currency.  The goal is to control every move of every individual on the planet.  Find out how this is all coming about when you review this edition of Crosstalk.