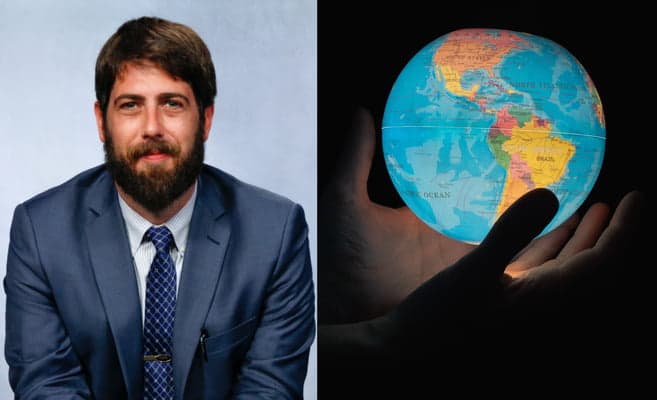 Alex Newman is an award-winning international freelance journalist, author, researcher, educator and consultant.  He is senior editor for The New American and contributes to other publications as well.  Alex has authored or co-authored several books such as Crimes of the Educators and Deep State: The Invisible Government Behind the Scenes.  He is founder of Liberty Sentinel.

According to Alex, the term “New World Order” has a long history.  In the current context, the first time it was brought to the attention of the American people was by George H.W. Bush in the early 1990’s in a speech on national television. He gave a vision where the rule of law would govern the conduct of nations.  He also pointed to the U.N.’s peace-keeping role, all to implement the vision of the U.N.’s founders.

Alex noted that those involved believe they will be successful in this endeavor because right now they are preparing the overwhelming majority of our children to accept this.  He indicated that the U.N. is open about how they will prepare humanity to live under this new world order through the public school system as  put forth in Agenda 21 which was signed in 1992.

In addition to an audio clip of President H.W. Bush, you’ll also hear from President Clinton, former Secretary of State Henry Kissinger and current President Joe Biden as they too reference a new world order.

That brings us to today as the broadcast switched its focus to Australia.  Citizens there are under COVID restrictions that are so severe, Jim described them as “draconian,” while Alex described the situation as a “ totalitarian, biomedical police state.”

Find out more, and hear what listeners had to say, on this edition of Crosstalk.