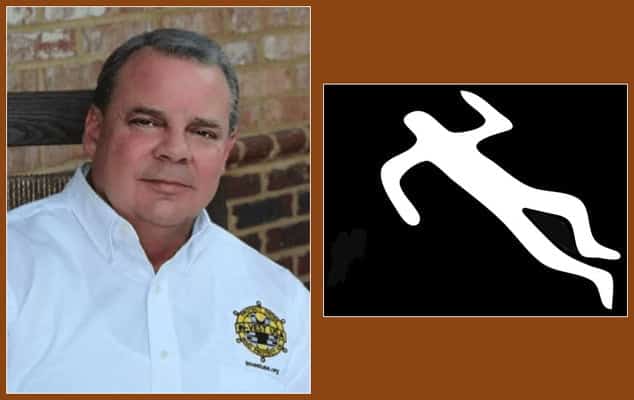 The FBI reported September 27, 2021, that murders across the United States in 2020 rose by 29.4% compared to the previous year. 4,901 more murders were committed in 2020 than in 2019. It’s reportedly one of the largest single-year increases ever recorded since records began in the U.S. in the year 1960.  This at a time when police departments across the nation have been vilified, morale is tanking and leftist legislators combined with activist groups are calling for defunding the police.  Is it any wonder why the murder rate is seeing a sharp increase?

Joining Jim to address this issue was Michael A. Letts.  Michael is the founder and president of In-Vest USA, a national grassroots, non-profit organization that is helping hundreds of communities provide thousands of bullet-proof vests for their police forces through educational, public relations, sponsorship and fundraising programs.

The staggering increase in U.S. murders is bad enough, but Michael began by noting that if you look at the black community, the increase was almost 60%.  He noted this is ironic because a lot of it’s been caused by Antifa and Black Lives Matter.  In other words, these groups are hurting the very people they claim to be supporting.

Also interesting is that the murder rate is higher in cities with smaller populations between 10,000 and 250,000.  Michael believes it’s due to the concerted effort by leftists, Marxists and socialists over the past 15 years to destroy America.  They have to do that in order to remove local and state law enforcement as well as our military.

Michael believes that Black Lives Matter riots and protests are just the first stage in destroying our first responders and local law enforcement.  This occurred under President Obama where we began to see the vilification of such individuals and to call them racist.  At first it backfired when black officers refused to go along with it.

When that didn’t work, they moved next to not funding protective gear, then to  defunding police, to creating policies and regulations that would make it difficult for those who protect us to do their jobs, and on to mandated vaccinations.

What Michael discovered is that the FBI and the Justice Department’s own statistics show that within 3 years there will not be enough first responders to answer 9-11 calls.  So we’re quickly headed for a time that when you call 9-11, you’ll get a recording asking for your name, number and the nature of your emergency, at which point they’ll tell you they’ll respond as soon as they can.

Don’t local municipalities provide protective gear for law enforcement?  In 1993, when Michael started In-Vest USA, 52% of America’s law enforcement officers did not have protective vests.  They were able to reduce that to 28%.  Keep in mind that concealable vests will only stop a sidearm but won’t stop a rifle round and criminals were beginning to use assault rifles.  This means new technology had to be developed utilizing titanium plates to stop rifle rounds.  Unfortunately, as of today, 92% of officers around the nation do not have active shooter vests.

Learn more, including what you can do to help, and hear what listeners had to say, on this edition of Crosstalk.