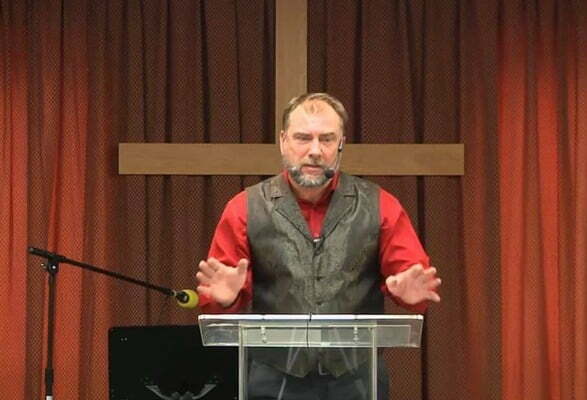 Artur Pawlowski is the pastor of Street Church in Calgary, Alberta, Canada.

Pastor Pawlowski is not native to Canada.  He grew up in Poland behind the Iron Curtain under the “boot” of the Soviet Union.  As he described in his Crosstalk appearance back in June, he’s seen firsthand the atrocities of the communists.  It’s from this vantage point that he brought this follow-up warning to American Christians via Crosstalk.

For about a year, Pastor Pawlowski had been subjected to nearly non-stop intimidation and harassment which included tickets and threats of arrest.  It all came to a head in April of 2021 when he was visited by police officers and a health official.  They broke Canadian law by trespassing and entering his church as well as intimidating and harassing parishioners.  This was done under the guise of an inspection yet everything they were looking for could have been seen online.

At the same time, Canada was allowing other protests to go on while seeking closure of Pastor Pawlowski’s church.  Muslim Imam’s weren’t ticketed in spite of the fact that Pastor Pawlowski had recorded thousands of Muslims gathering where you could see numerous COVID-19 restrictions and mandates being violated.

Pastor Pawlowski kicked the officials out.  They came back with a warrant and a S.W.A.T. team.  He kicked them out again.  Then another judge had an order dropped off and after officiating a church service and on his way home, he and his brother David were stopped in the middle of the highway, arrested, and taken into custody.  They were stripped naked, chains were put on their legs, and they weren’t allowed to sleep for 3 days and 2 nights.

Eventually, he spent 4 months telling his story in the U.S.  During that time, he and his brother were facing trial (a “Zoom” trial as it was not in-person).  They were found guilty on 2 counts for breaking a court order that was never given to them and that has no names on it.  Sentencing happened on October 13th.  They had been arrested for inciting people to come to church, officiating a church service, and participating in an illegal gathering.

There’s much more to this story, and you can hear the rest, when you review this important edition of Crosstalk.

Government officials in Canada you can contact on behalf of Pastor Pawlowski: