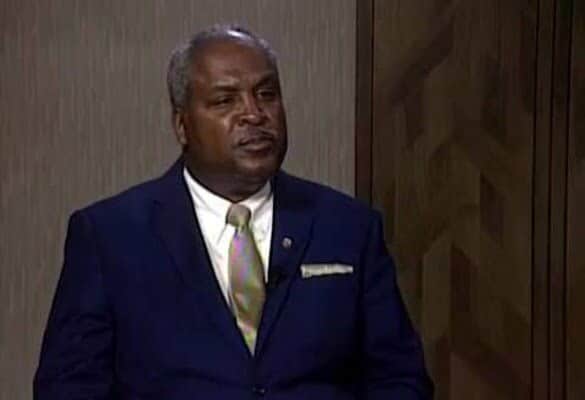 In October, 2021, we were pleased to have Pastor Curtis McMiller from Heritage Baptist Church in Kenosha speak at the Father/Son Retreat at Trail Ridge Camp in Hillsboro, Wisconsin.  This Crosstalk features his powerful challenge that he presented to the men in attendance called, What Hill Are You Willing to Die On?

Pastor McMiller began by reading from 2 Samuel 23:11-12, where the text mentions Shammah who stood strong against the Philistines in the midst of a field of lentils.

After this, Pastor McMiller referenced Numbers 31:7-8 where Joshua was leading the Israelites and they were poised to wipe out a number of people groups who were against God.  This portion of Scripture notes that as they warred against the Midianites, as the Lord commanded Moses, every man was killed including Balaam son of Beor.

Balaam was at one time in close connection with God.  He was a man that would pray and obtain results from God, yet here we see him being destroyed by the armies of Israel.  Why?  It’s because he decided to run with the ungodly, therefore he ended up dying on the hill of the ungodly.

It’s a challenging question every Christian must face, one that is critical given the turmoil of the culture we live in.

Learn more and let the Bible speak to your heart on this issue when you review this edition of Crosstalk.

A CD of this message (uninterrupted) is available for a donation of $6.00. We did have to edit the message by a few minutes to fit in the time allotted, but by obtaining the CD you’ll receive the full message.

We also have this available on DVD which we’re making available for a donation of $12.00.  Ask for, What Hill Are You Willing to Die On?

Pastor McMiller preached 2 more times, Being Talked out of Your Inheritance and Parents!  Where is the Protest?.  We have these 3 messages on two DVD’s which is available for a donation of $17.00 for all three.

View it for free at vcy.tv!