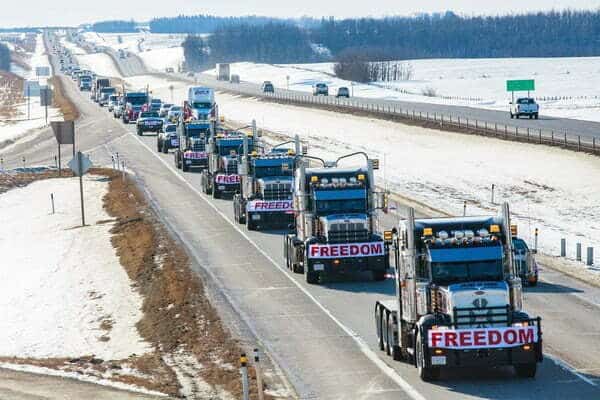 Jim began the program with audio from Canadian Prime Minister Justin Trudeau, who declared a national emergency, invoking the Emergency Powers Act to go into effect due to the trucker strike in Canada over COVID mandates.

Also, featured was audio from Deputy Prime Minister Chrystia Freeland.  She said that the government is seeking  to cut the legs out from the protest by draining its financial support.  She also mentioned that they would use Canada’s terrorist financing rules to make certain that protesters can’t use cryptocurrencies and crowd-funding platforms.

Jim had more to share including listener input from around the nation.