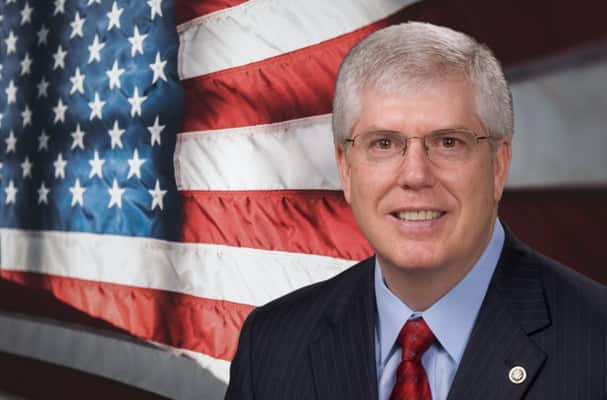 Mat Staver is founder & chairman of Liberty Counsel.  Mat is a constitutional attorney with over 300 published legal opinions, has authored 8 scholarly law review publications and 10 books.  He’s filed numerous briefs and argued in many federal and state courts.  He has also argued three landmark cases before the U.S. Supreme Court.

President Biden’s pick to replace the retiring Justice Stephen Breyer is Ketanji Brown Jackson.  Given the situation in Ukraine, should he have delayed this decision?  In other words, is this an attempt by Biden to divert attention away from America’s weakness?

Mat agreed, citing the example of the Obama-Biden administration of 2014.  At that time, Russia had invaded Crimea, taking over its oil reserves and other natural resources.  Now one year into his administration, President Biden is experiencing the invasion of the entire nation of Ukraine by Russia.

So Mat believes our enemies see weakness on the part of this administration, with part of this being the fact that even more serious sanctions could be implemented, but for some reason, President Biden has avoided doing so.

Concerning Jackson, Mat believes that for Biden to nominate a black female for the Supreme Court was a very questionable scenario that basically has him placating his constituency.  So by narrowing the choice down based upon race and gender, it’s similar to what Reagan did when he nominated the first female to the Court, Sandra Day O’Connor, who unfortunately turned out to be very strong on abortion throughout her tenure.

Jackson is 52.  She has a great credentialed background with regard to education as she’s a Harvard undergraduate with a Harvard law degree as well.  She was a judge on the lower court and was confirmed last year as a judge on the Court of Appeals for the D.C. Circuit.

In the end, what is her position on the Constitution?  We don’t know much at this point, but the National Abortion Rights Action League (NARAL) has endorsed her which is quite telling.

Does Mat see much of a challenge to her confirmation?  What’s the latest concerning religious exemptions in the military?  What are Mat’s other thoughts on the war in Ukraine, specifically related to oil and the deaths of civilians?  Hear it all, and find out what listeners had to say, on this edition of Crosstalk.