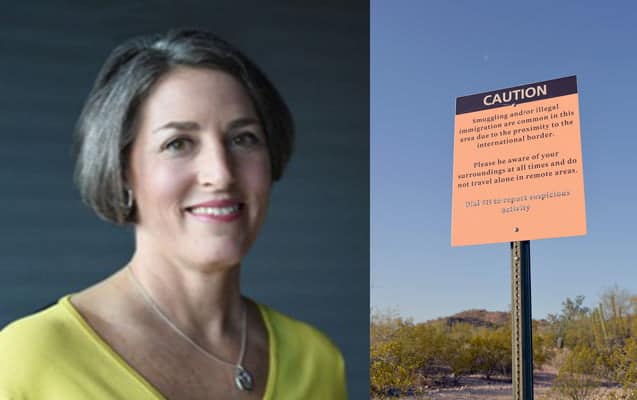 Jessica Vaughn is the director of policy studies for the Center for Immigration Studies.  Her expertise is on immigration enforcement and public safety.  She’s an instructor for senior law enforcement officer training seminars at Northwestern University’s Center for Public Safety in Illinois.

What is Title 42 that the Centers for Disease Control is terminating?  How does this relate to immigration and what is Title 8 that the DHS secretary is referencing?

According to Jessica, Title 42 is a provision in the federal statutes that enables President Biden to block the entry of anyone that he deems poses a threat to public health.  This could be one individual with a contagious disease, a group of people or most everyone as we saw with the Trump administration during the early portion of the COVID pandemic.

This means that the Border Patrol and Customs and Border Protection at the legal ports of entry can expel people quickly from the U.S. or prevent them from entering instead of having to process them through a formal removal procedure, the latter of which is more time consuming.  This is what allowed President Trump to shut the border down during the pandemic.  This not only helped slow the spread of the coronavirus, it also put a stop to the immigration surge.

The Biden administration has announced that it will end use of Title 42 on May 23rd and instead begin using Title 8.  That’s actually our immigration law, the law that Congress passed that sets out what they want the federal government to do with those who attempt to enter the U.S. illegally.

Have we actually been following Title 8?  Title 8 says that illegal arrivals are to be detained until they can be removed or until their asylum claim can be completed or they need to be returned to Mexico.  Jessica sees this as a rather novel concept on the part of the Biden administration because they haven’t been doing much with Title 8 at all.  In fact, they’ve not only put severe limits on the Border Patrol, but also on Immigration and Customs Enforcement (ICE).  They’ve been told to only use Title 8 in the most egregious cases such as those concerning illegal aliens that commit horrible crimes.

The soon termination of Title 42 could be sparking a new wave of illegal immigration into the U.S.  Jessica indicated that under the Obama administration, 1,000 illegal immigrants per day was considered a problem.  Now they’re expecting the potential for 18,000 illegals crossing every day.  She indicated the plan is not to stop this influx, but to manage and accommodate it, processing them so that most of them can be let into the country.

This program has much more to offer on the immigration situation including views from Crosstalk listeners nationwide.