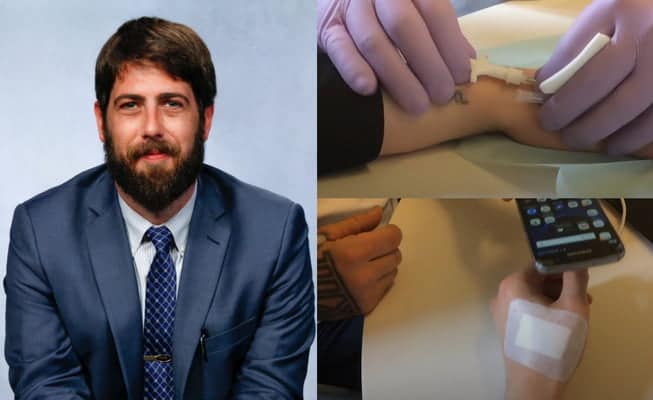 One of the components of the Great Reset agenda involves the merging of machines/technology with humans.  It’s called transhumanism.  Although we’ve alluded to this in past programs, this entire program looks at this issue.  It’s an important one because transhumanism seeks to take surveillance, which up until now has been outside the body, and concentrate it underneath the skin.

Returning to Crosstalk to discuss this issue was Alex Newman.  Alex is an award-winning international freelance journalist, author, researcher, educator and consultant.  He is senior editor for The New American and contributes to other publications as well.  He is author of Crimes of the Educators and Deep State: The Invisible Government Behind the Scenes.  He’s Founder of Liberty Sentinel.

Transhumanism may sound like bad science fiction but it’s not.  Many of the most powerful people on earth are the leading proponents of this movement.  That includes Klaus Schwab of the World Economic Forum, Microsoft Founder Bill Gates and Ray Kurzweil who is the director of engineering at Google.

Why does Alex believe this issue is so significant?  It’s because what’s at stake is the future existence of humanity.  He cited homosexual activist Yuval Noah Harari, who’s deeply connected to the World Economic Forum and an advisor to Klaus Schwab.  Harari’s material isn’t well known among the general public, but at the level of the elites, people like Barack Obama and Angela Merkel read his books.

Harari believes that in the next 100 or so years, humans may not exist at all as we’ll become deities ourselves; like little gods and masters of evolution.  The new transhuman-human will be so different from current humans that they won’t even be the same species.

Some individuals have been dreaming about this for decades but we lacked the technology for anyone to take the concept seriously.  Alex believes we’re quickly entering the “marketing phase” where we’ll start hearing more about this within popular culture.  It’ll probably be marketed within the contexts of convenience and security, perhaps even fun.

There’s a range of technologies involved in this, one of them being technological upgrades to human beings.  This involves allowing the human brain to interact with computer systems.  Another involves biological engineering where genes can be activated. Combine this with the surveillance digital identity systems and digital currencies and for Alex this paints a very concerning picture for our future.

5G is connected to this as well because you need to be able to have numerous devices communicating with each other at rapid speeds.  This is why you may have heard the phrase, “The Internet of things” which can include “smart” items such as your TV, refrigerator, home alarm system and more.  However, the next step is the “Internet of bodies” and that requires technology to be implanted in the body.  This might include taking a pill that monitors your health or microchips implanted in the brain.  5G is needed to keep all these parts communicating with each other.

There’s much more to take in from this broadcast including audio clips from Yuval Noah Harari and input from listeners.