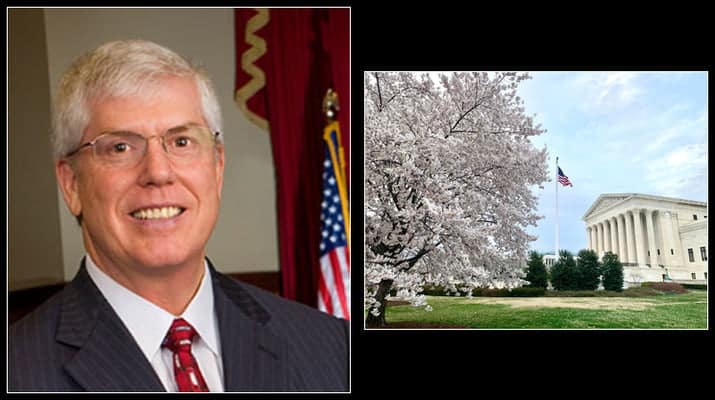 Mat Staver is the founder & chairman of Liberty Counsel.  Mat is a constitutional attorney with hundreds of published legal opinions.  He has authored a number of scholarly law review publications and numerous books.  He has filed numerous briefs and argued in many federal and state courts and before the U.S. Supreme Court.

Some were preparing for an end-of-term decision concerning Dobbs v. Jackson Women’s Health Organization and the possible overturning of Roe v. Wade.  Then last evening, breaking news came forth from the U.S. Supreme Court concerning a leak, substantiated by Justice John Roberts, from a court opinion draft that a majority of votes were there for the overturn of Roe v. Wade.  The SCOTUS tweeted out, “It’s impossible to overstate the earthquake that this will cause inside the Court, in terms of the destruction of trust among the Justices and staff.  This leak is the gravest, most unforgivable sin.”

Mat believes that someone in the Court is very angry with the draft opinion and they’re trying to put pressure on the Justices to change their vote.  He also noted that it puts the lives of the Justices in danger as well.

This is important because Justices have to be alive at the time of the release of the opinion and the Roe opinion hasn’t been officially released.

How could the people involved in the protests be carrying signs on such short notice when the leak just happened?  Where does Mat  believe the leak originated?  Can a majority of the Court force a release or is that in the hands of the Chief Justice?  Get the answers to these and other questions on this edition of Crosstalk.