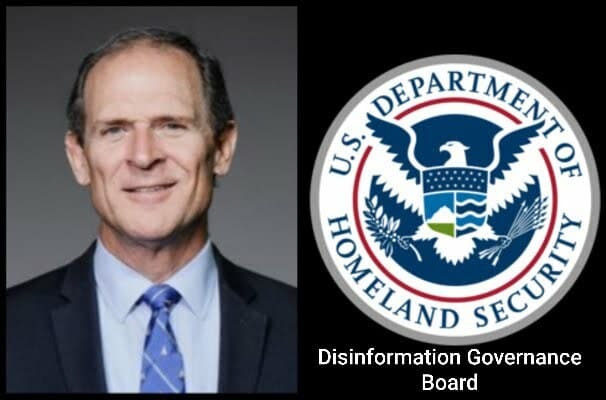 Under the auspices of the Department of Homeland Security, the Biden administration is establishing a “Disinformation Governance Board.”  This new board has been mocked as being a “ministry of truth” harking back to the book, “1984” by George Orwell.  Is there similarity between this new board and actions that have been taken by socialist nations that have been down this road in the past?

Returning to Crosstalk to tackle this issue was William Federer.  William is a nationally known speaker, historian, author, and president of Amerisearch, Inc.  He’s the speaker on The American Minute daily broadcast.  He has authored numerous books including, America’s God and Country Encyclopedia of Quotations, Who is the King in America?, and Socialism: The Real History From Plato to the Present.

Speaking of this new disinformation board William said, “This is what all tyrants do.”  He pointed to Hugo Chavez in Venezuela.  The first thing he did was to take control of the television stations so that they wouldn’t say anything critical of his administration.  He also took over the newspapers, the schools and eventually he took over the pulpits.

Today we have a left-wing Democrat radical who is in charge of this board.  Her name is Nina Jankowicz.  Jim noted that she declared the Hunter Biden laptop part of Russian disinformation when we know that this is disinformation.  She’s also complained that it’s not conservative voices that are being silenced on social media, it’s liberal voices that are being censored.  William indicated that she has re-“tweeted” false things about President Trump and that overall, this board is not objective.

This board will be using the weight of the Department of Homeland Security to fight so-called “misinformation” while at the same time, Secretary of DHS Alejandro Mayorkas said they’ll be protecting free speech, privacy and civil rights.  However, if the one who’s the head of this board is spreading disinformation herself, where’s this all headed?

Join William as he presents numerous historical examples to show exactly what’s taking place, what the goal may be and how you can avoid the deception that’s involved.

More Information
To obtain a copy of Socialism: The Real History From Plato to the Present for a donation of $18 or more, go to vcyamerica.org or call 1-800-729-9829.