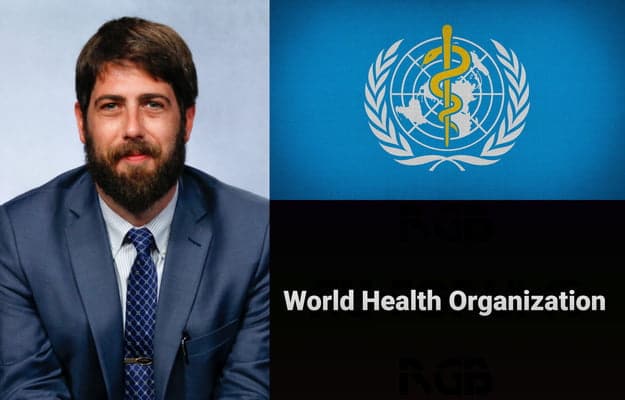 The Biden administration is advancing a plan to surrender our national sovereignty to the U.N World Health Organization (WHO).  This plan would allow the WHO to acquire unprecedented power, enabling them to declare a so-called health emergency in any nation, including the U.S., and give them control over the food supply, agriculture, aviation, the environment and more.

Bringing you the details was Alex Newman.  He’s an award-winning international freelance journalist, author, researcher, educator and consultant.  He is senior editor for The New American and contributes to other publications as well.  He is author of Crimes of the Educators and Deep State: The Invisible Government Behind the Scenes.  He is founder of Liberty Sentinel.

According to Alex, the World Health Organization was one of those multilateral institutions born in the aftermath of WWII.  Nearly every nation-state is a member and it operates much like the other U.N. agencies.  It has its own constitution that purports to delegate great powers to itself.  These powers haven’t been used in a blatant way, at least not against the U.S. and Western nations, but it is very influential.  For example, when you look at COVID, the fact that many nations of the world were able to implement the exact same policies all at the same time, it was because it was coordinated through the WHO.

Alex went on to describe how the Biden administration’s Department of Health and Human Services have proposed to the director general of the WHO a series of 13 amendments.  The most significant change that would come through these amendments is a striking of the language in the international health regulations requiring the consent of the nation being targeted.

Here’s why this is very troubling.  Alex described how the Ivory Coast had an Ebola outbreak under the previous leadership of the WHO.  The WHO declared this a disaster.  Whole villages were ordered to be under quarantine and the entire nation was under medical martial law.  The Obama administration sent troops there to help this totalitarian exercise of government power.

In that case the government of the Ivory Coast was required to consent to this.  However, under the amendments to these regulations proposed by the Biden administration, that consent by the target government would no longer be required.

Hypothetically, this means that if the WHO believes that climate change, racism or gun violence is a public health crisis, they would have the power to do whatever they feel is necessary without the consent of our government officials.

Could the Biden administration send U.S. troops somewhere or perhaps against U.S. citizens?  Might he allow U.N. troops to enforce something here?  It’s something to ponder, but make certain you have the facts by listening to this edition of Crosstalk.

To contact your congressman and senators concerning this issue:

(Go to house.gov or senate.gov for specific numbers.)