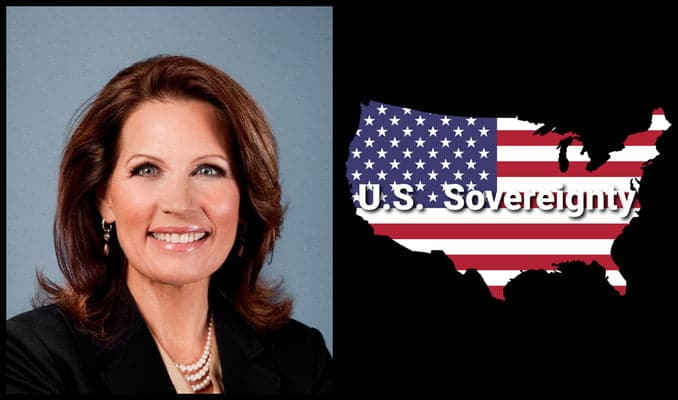 This edition of Crosstalk revisited a subject that was looked at on Tuesday the 17th in our program with Alex Newman.  We are just days away from a World Health Organization meeting in Geneva, Switzerland, and at stake is the sovereignty of the U.S.  The Biden administration is planning to offer devastating amendments and agreeing to regulations that will enable the World Health Organization (WHO) the authority to declare a health emergency and take control over life as we know it.

Joining Jim with specifics on this issue was Dr. Michele Bachmann.  Dr. Bachmann is the Dean of the School of Government at Regent University.  She previously served in the Minnesota State Senate then ran for Congress in 2006 and won as the first Republican woman from Minnesota elected to the U.S. House of Representatives.  She was reelected and served for multiple years.

According to Dr. Bachmann, in January the Biden administration shared proposed amendments to the international house rules of the World Health Assembly, the policy-making body of the U.N.  The administration failed to share these with the American people.  In fact, the amendments weren’t posted until April 12th on the WHO website.  Until recently, even members of the House and Senate knew nothing about this.

Dr. Bachmann believes this was by design.  She believes that the Biden administration felt they could take these proposed amendments and go “under the radar,” the vote would happen in Geneva and it would be over.

What should we be concerned about?  For the last 2-1/2 years, America has been governed by emergency powers (not laws put into effect via congressional vote) to deal with COVID-19.  What these amendments proposed by the Biden administration would do is to take the same concept of rule via emergency powers and give that power to Director-General Tedros Ghebreyesys of the World Health Organization.  He would then be allowed to make decisions about health care that would impact all nations on earth.  That would include issues related to health care that we all experienced during the COVID crisis (mandates and lockdowns), with the enforcement coming through the Biden administration.

What if the U.N. believes that an increase in gun violence or climate change rises to the level of a worldwide health crisis?  Would the U.N. then have the power to confiscate guns or even ration gasoline?  Get the answers to these and other questions when you review this critical broadcast.

To contact your congressman and senators concerning this issue:

(Go to house.gov or senate.gov for specific numbers.)