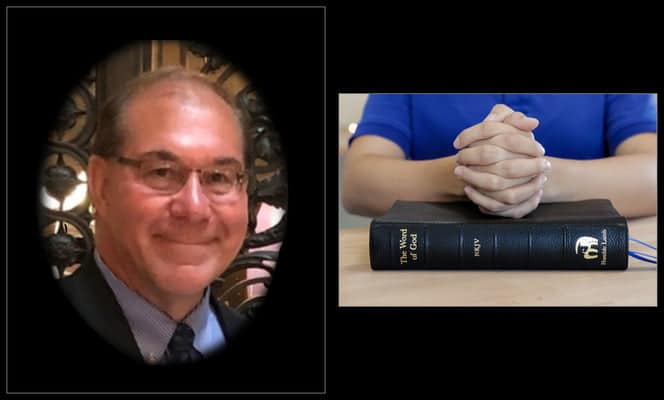 Tragedy struck Uvalde, Texas, yesterday when an 18 year old gunman opened fire at an elementary school killing 19 children and 2 teachers.  The gunman was also killed.  Its the deadliest school shooting since Sandy Hook nearly a decade ago.

Why are mass shootings happening?  Can they be stopped?  Where do we go from here?

Returning to Crosstalk to provide biblical guidance on this issue was Dr. Richard Schmidt.  Dr. Schmidt is pastor of Union Grove Baptist Church and also heads Prophecy Focus Ministries.  He’s speaker on the WVCY-TV program Prophecy Focus.  Prior to his current pastoral ministry, he spent 32 years in law enforcement including becoming acting sheriff of Milwaukee County in 2017 until his retirement in 2019.

From the law enforcement perspective, Pastor Schmidt admitted he’s angry, upset and very concerned why from local to county, state and federal government, things aren’t being done to solve this issue.

For Pastor Schmidt, the main issue is the defunding of police.  He noted that the number of officers nationwide has decreased.  Back in 2008 there were over 708,000 officers.  Today we’re down to about 690,000.  That’s a decrease at a time when we’re spending billions and trillions to fund other things.  For example, he’s in favor of supporting Ukraine.  However, this past year we’ve sent them over 54 billion in funding.  How much was added to the law enforcement federal budget?  In other words, why don’t we have officers at every school when we have the money?  Instead we choose to send that funding elsewhere.

Pastor Schmidt publicly challenged every single person involved in local, state and federal government to keep their rhetoric to themselves unless they’re going to provide legislation to increase law enforcement and to increase what’s needed to provide safety in schools and on the streets.

What about the heart aspect of this issue?  The Bible speaks clearly to that point as it’s the core of the problem.  Pastor Schmidt laid it out clearly, while listeners had their chance to weigh-in as well, on this edition of Crosstalk.

Book Offer: Are You Going to a Better Place?

1 copy available for a donation of $10

3 copies to the same address for a donation of $24

5 copies to the same address for a donation of $30