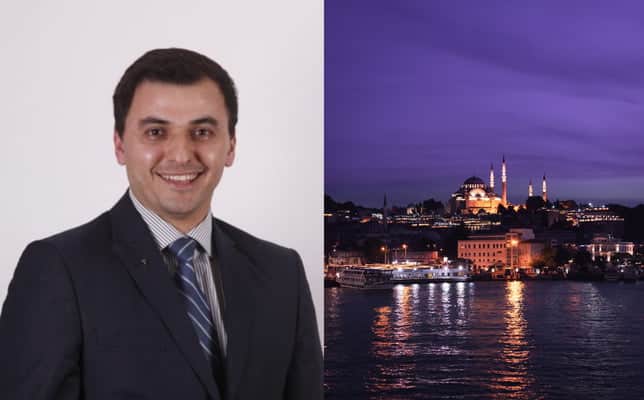 While America talks about the shooting in Texas, we must remember there are tragedies taking place all around the world.  Yet despite such tragedies, there is also triumph as you’ll hear on this program as it transitions us from Texas to Turkey where the Gospel is being advanced.

Joining Jim to explain just what’s happening in that part of the world was Michael Germi.  Michael is a former Muslim who was born in Iran into a Shia Muslim family.  He migrated to Australia in 2006 and found faith in Jesus Christ in 2009 and later moved to the States where he now proclaims the Gospel to Islamic nations.

After Michael was saved he realized he wouldn’t be able to return to Iran to spread the Gospel, yet he still prayed that God would give him the opportunity to somehow reach Iran, perhaps via radio or satellite.  He noted that out of about 80 million people in Iran, about 60 million have satellite dishes that people obtain via the black market.  Through such dishes, people watch Christian TV and hear Christian radio.  It was through this avenue that the Lord fulfilled his vision not only for Iran but for Afghanistan and Tajikistan.

The nation of Turkey became a part of his life due to his burden for Iranians, not only in Iran, but those that have been scattered.  He’s been reaching them for over 10 years through the technology of Skype.  In fact, one of the men he’s been discipling lives in Turkey.  This man is from Iran, was jailed there, was freed and was able to escape to Turkey.  Michael and this man had been praying that they could eventually plant a church in Turkey.

Don’t miss the conclusion of Michael’s testimony as you’ll discover how his father reacted when confronted with the Gospel and how God used Michael to establish not just one church in Turkey, but two!

As you’ll hear, Michael has a burning desire to reach Islamic nations with the Gospel of Jesus Christ.  So listen, learn and rejoice when you review this edition of Crosstalk.