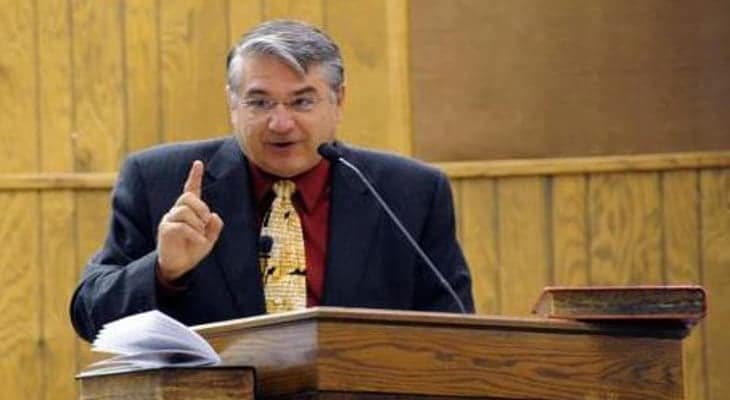 The roars of socialism are growing louder.  We hear of equality and even more recently we are hearing of equity, for all to be and have the same.  We hear the rich need to pay their fair share.  Those who have much are required by government mandate to give to those who don’t have what they have.  There’s the growing ‘social justice movement’ and a push toward socialism and even steps toward communism.  Month after month this roar grows louder and louder.  You see the push ever increasing in a legislative agenda pushing progressivism and shunning conservative values.

Joining Jim to examine this phenomenon was Dr. David Brown.  Dr. Brown is the pastor of the First Baptist Church in Oak Creek, has a Masters in Theology and PhD in History – specializing in the history of the English Bible.  In addition to his study of the English Bible, he’s also president of Logos Communication Consortium which operates LogosResourcePages.org.

Dr. Brown began by explaining why biblical Christianity is disappearing in America.  He noted John Smith, governor of Jamestown, who had to get the people to realize that if a man doesn’t work, neither shall he eat (2 Thessalonians 3:10).

Move forward in time to the formation of the U.S. and you can see our nation was based on the Judeo/Christian ethic.  While they never separated God from state, our founders separated church from state because Christianity isn’t political.  In other words, they didn’t want a national religion for the country as was the case in places such as England and Germany.

Our founders believed that rights came from God and that He’s the founder of liberty.  Dr. Brown cited two proofs, the first indicating that the signers of the Declaration of Independence spoke of the Lord 4 times:

Then on the Liberty Bell we read:

‘Proclaim liberty throughout all the land unto all the inhabitants thereof.’

With that basis set, Dr. Brown communicated how he fears America is in the same position as depraved Israel as referenced in Isaiah 59.  He referenced some items from our history since the 1960’s to prove the point:

We can see from this how God has been systematically removed from American culture and socialism is coming to fill the void.  Why isn’t it biblical?  Find out the specifics when you listen to this Crosstalk broadcast.

Copies of ‘Why Socialism is not Biblical’ are available for a $5.00 donation from: