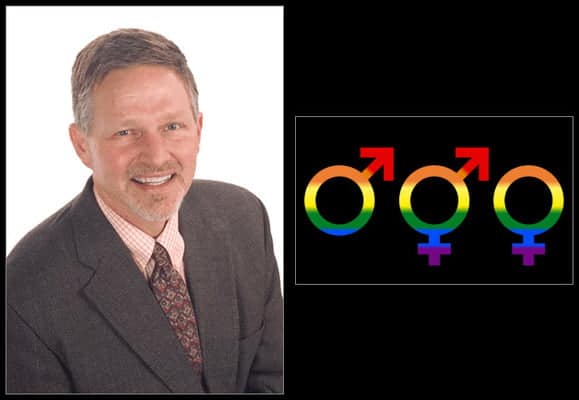 From Kindergarten on there’s a push taking place to introduce children to the idea of denying science by questioning their biological sex.  This is fanning the flames of gender dysphoria and creating an increase in the number of young people claiming to be transgender.

In the past we’ve dealt with the threat from the Biden administration to withhold school lunch funding from schools that don’t allow biological boys who are gender confused from participating on girls sports teams and vice-versa.  This also impacts the use of restrooms, locker rooms, overnight field trips and more.

In addition, the Biden administration’s Department of Health and Human Services is attempting to alter Section 1557 and redefine sex discrimination so broadly that it’s threatening the ability of doctors to practice medicine according to solid medical evidences and their own principles of faith.

Helping bring clarity to this issue, Crosstalk welcomed Dr. Jeffrey Barrows.  He’s the Senior Vice President of Bioethics and Public Policy for Christian Medical & Dental Associations.  Dr. Barrows is an obstetrician/gynecologist, author, educator, medical ethicist and speaker.  He completed his medical degree at the Des Moines College of Osteopathic Medicine and Surgery in 1978 and his residency training in obstetrics and gynecology at Doctors Hospital in Columbus, Ohio.  He’s also very engaged in the fight against human trafficking.

Why is this issue of gender identity dysphoria exploding today and what does this have to do with Section 1557?  In order to understand the connection properly,   Dr. Barrows provided listeners with some background information.

Up until 2013, this issue was called gender identity disorder.  It was viewed by the mental health profession as a mental health problem in the person experiencing it.  Then in 2013, the American Psychiatric Association changed their coding.

He described gender dysphoria as a term that simply refers to bad or negative feelings concerning their biologic sex.  This took away the mental health component and almost legitimized the feelings of dysphoria in a way that has altered the approach to this problem.

Dr. Barrows also noted that transgender ideology believes that a child is born with a certain sense of what their gender is.  They also believe that it doesn’t have to align with their biological sex.  Transgender ideology also doesn’t believe that parents are experts or the best influence.  This is why there’s such a big push to have their ideology included into the educational curriculum and why they’re making efforts to hide this from parents.

Originally Section 1557 of the Affordable Care Act defined that which constituted discrimination.  It used the standard definitions of discrimination on the basis of ethnicity, origin and interpreting sex as biological sex.

During 2016, within the last year of the Obama administration, it was decided that they would change the definition of sex discrimination to include gender identity and pregnancy.  The other thing they did was make it clear that rather than  having this apply for routine care for all patients regardless of sexual orientation or whether they identify as transgender, discrimination would also include not providing certain treatments or procedures, such as an OBGYN refusing to give estrogen to a biological male who identifies as a female.

Get more information and find out how this will affect you when you review this vital Crosstalk broadcast.