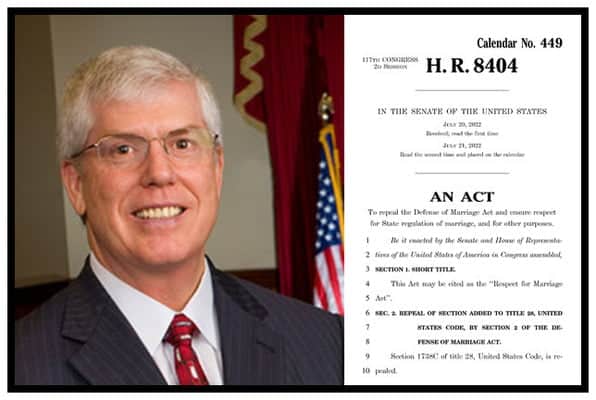 In recent episodes of Crosstalk, we have been engaged in a series of topics dealing with escalating war. War on the 2nd Amendment. War on the American Farmer. The War on Moral Values and today: The War on Marriage.

Do you know that right now in Washington, D.C. congress is working to enshrine gay marriage as a legislative act – to codify (write into law) same sex marriage? In fact, the current legislative form HR8404 “Respect for Marriage Act” (misnamed) is anything but that. Our guest, Mat Staver says that HR8404 “will destroy (traditional, biblical) marriage” by making same sex marriage federal law and ultimately rewriting a state’s individual sovereignty – leaving room for much much more than we would ever bargain for (i.e. pedophilia, incest, polygamy).

Crosstalk takes your calls and gives information for you to act.

Mat Staver is the founder & chairman of Liberty Counsel.  He is a constitutional attorney with three landmark cases before the U.S. Supreme Court.