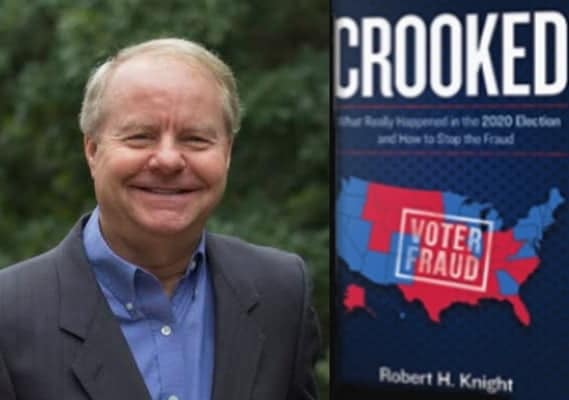 Was the 2020 election fair and honest?  Why isn’t the major media defending the freedom to disagree with the result?   Instead of denigrating those outside of their narrative, why aren’t they even attempting to investigate the possible evidence for such claims?  In fact, this narrative has become so well controlled that you can’t even ask such questions without being labeled as an “election denier.”

Contrary to what the major media denies or refuses to report on, the guest on this edition of Crosstalk exposes as he cites vote fraud on various levels that appears to have yielded a predetermined result.

That guest was Robert Knight.  Robert is a former Los Angeles Times news editor, columnist for the Washington Times and he contributes to other publications as well.  Robert has held senior positions in a number of pro-family organizations.  He’s written several books including The Coming Communist Wave: What Happens If the Left Captures All Three Branches of Government, Liberty on the Brink, and the brand new: Crooked: What Really Happened in the 2020 Election and How to Stop the Fraud.

Should we move on and stop looking at the 2020 election?  Robert’s response?  “Only if you don’t care what happens in the next election.”  For his latest book, Robert tried to gather all the evidence in one place to make it easy for people.  That included evidence from outside sources such as author Mollie Hemingway as well as Dinesh D’Souza.  Such evidence indicates that the election was manipulated and accompanied by vote fraud.

Robert brought listeners a peek into his latest book by discussing these and other election related points:

Listeners capped this program with their questions and comments.