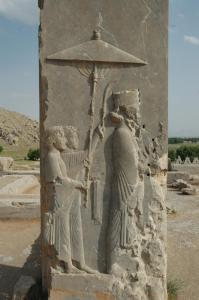 Esther 1:2 – Welcome to the book of Esther. The only book of the Bible where the name of God is not found even once! Unfortunately, Alexander the Great’s troops were none too kind to the legacy of Xerxes:

compared to the palace of Darius, the house of Xerxes is badly damaged. A likely explanation is that it received a special treatment when the Macedonian king Alexander the Great destroyed Persepolis in the spring of 330 BCE. His soldiers were especially interested in the palace of the man who had once sacked Athens.

The relief on the second photo shows the great king leaving the palace and is an example of the destruction. The damages from the right are partly due to natural causes (and quite recent), but the face has been destroyed with a hammer, and someone must have made a great effort to create a hole near the king’s ear.

And while we’re at it, J. Vernon McGee has a helpful infographic on Esther:

Esther 2:5 – Who was Mordecai? He was of the lineage of Saul, but now in secular Persia. Do we have secular records of him? From the Biblical Cyclopedia

“As regards Mordecai’s place in profane history, the domestic annals of the reign of Xerxes are so scanty that it would not surprise us to find no mention of this Jew.”

But, he may be recorded as Matacas, Xerxes’ chief favorite. Ellicott:

(5) Mordecai.–Canon Rawlinson is disposed to identify Mordecai with Matacas, who was the most powerful of the eunuchs in the reign of Xerxes. It may be assumed that Mordecai was a eunuch, by the way in which he was allowed access to the royal harem (Esther 2:11; Esther 2:22). The name Mordecai occurs in Ezra 2:2; Nehemiah 7:7, as one of those who returned to Judaea with Zerubbabel.

Psalm 35:24 – Echoing Paul, let us seek the LORD’s judgment now and not later.

Proverbs 21:19 – Some people desire simply to be married, and find their desires were too simple. The Bible has much to offer in premarital counseling! 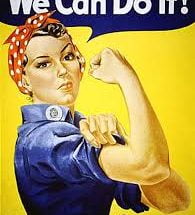 October 16 – What are we to do while we’re stuck on earth? 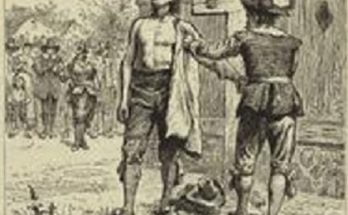 October 15 – Not afraid for even his own life.

October 14 – A promise of punishment for presumption!

He that walketh uprightly walketh surely: but he that perverteth his ways shall be known.
Proverbs 10:9