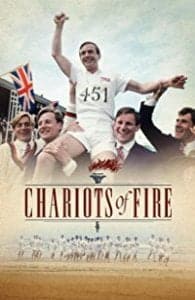 2 Kings 1:3 – Jeroboam sought a prophet of the LORD for wisdom, but Ahaziah sought from Baalzebub. “Is …there… not a God in Israel?” Even though Ahaziah didn’t seek Elijah, he did recognize Elijah (2 Kings 1:8).

2 Kings 2:9 – What was the Double-Portion? From Hermeneutics/Stack Exchange –

A dying man cannot leave to his heir more than he has himself. And, lastly, even the ministry of Elisha, when compared with that of Elijah, has all the appearance of being subordinate to it. He lives and labours merely as the continuer of the work already begun by Elijah, both outwardly in relation to the worshippers of idols, and inwardly in relation to the disciples of the prophets. Elisha performs the anointing of Jehu and Hazael, with which Elijah was charged, and thereby prepares the way for the realization of that destruction of Ahab’s house which Elijah predicted to the king; and he merely receives and fosters those schools of the prophets which Elijah had already founded.

2 Kings 2:11 – The phrase “Chariots of Fire” was used to name the movie about Eric Liddell.

The situation evidently involved a gang of young hoodlums of various ages, led by the older ones, with all of them no doubt instigated by the pagan priests and idolatrous citizens of Bethel. The bears which suddenly emerged from the woods “tare” (not necessarily fatally in all cases) 42 of the older hooligans.

The jeering exhortation to “go up, thou bald head,” was both a sarcastic reference to Elijah’s supposed ascension, as well as an insult to God’s prophet. This was actually a challenge to God and could not be excused. So God made good–in miniature–on a warning issued long before: “And if ye walk contrary unto me. . . . I will also send wild beasts among you, which shall rob you of your children” (Leviticus 26:21-22). It can be a dangerous thing, for young or old, to gratuitously insult the true God and His Word.

Acts 13:50 – Christianity has never been popular among the upper classes. In Matthew 19:24 Jesus reiterates this view.

Proverbs 17:21 – Three verses warning against the way of transgression. And the closing warning to fathers to be careful not to be raising foolish sons.

July 24 – What was the motives for the piety of the Judean Kings?

July 22 – The fulfilled prophecy of the Temple