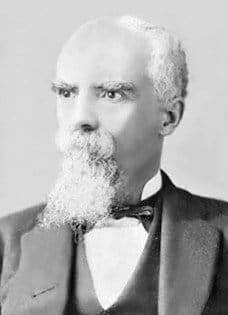 The act of praying is the very highest energy of which the human mind is capable; praying, that is, with the total concentration of the faculties. The great mass of worldly men and of learned men are absolutely incapable of prayer.—Samuel Taylor Coleridge

Payson wore the hard-wood boards into grooves where his knees pressed so often and so long. His biographer says: “His continuing instant in prayer, be his circumstances what they might, is the most noticeable fact in his history, and points out the duty of all who would rival his eminency. To his ardent and persevering prayers must no doubt be ascribed in a great measure his distinguished and almost uninterrupted success.”

The Marquis DeRenty, to whom Christ was most precious, ordered his servant to call him from his devotions at the end of half an hour. The servant at the time saw his face through an aperture. It was marked with such holiness that he hated to arouse him. His lips were moving, but he was perfectly silent. He waited until three half hours had passed; then he called to him, when he arose from his knees, saying that the half hour was so short when he was communing with Christ.

Brainerd said: “I love to be alone in my cottage, where I can spend much time in prayer.”

William Bramwell is famous in Methodist annals for personal holiness and for his wonderful success in preaching and for the marvelous answers to his prayers. For hours at a time he would pray. He almost lived on his knees. He went over his circuits like a flame of fire. The fire was kindled by the time he spent in prayer. He often spent as much as four hours in a single season of prayer in retirement.

Dr. Judson’s success in prayer is attributable to the fact that he gave much time to prayer. He says on this point: “Arrange thy affairs, if possible, so that thou canst leisurely devote two or three hours every day not merely to devotional exercises but to the very act of secret prayer and communion with God. Endeavor seven times a day to withdraw from business and company and lift up thy soul to God in private retirement. Begin the day by rising after midnight and devoting some time amid the silence and darkness of the night to this sacred work. Let the hour of opening dawn find thee at the same work. Let the hours of nine, twelve, three, six, and nine at night witness the same. Be resolute in his cause. Make all practicable sacrifices to maintain it. Consider that thy time is short, and that business and company must not be allowed to rob thee of thy God.” Impossible, say we, fanatical directions! Dr. Judson impressed an empire for Christ and laid the foundations of God’s kingdom with imperishable granite in the heart of Burmah. He was successful, one of the few men who mightily impressed the world for Christ. Many men of greater gifts and genius and learning than he have made no such impression; their religious work is like footsteps in the sands, but he has engraven his work on the adamant. The secret of its profundity and endurance is found in the fact that he gave time to prayer. He kept the iron red-hot with prayer, and God’s skill fashioned it with enduring power. No man can do a great and enduring work for God who is not a man of prayer, and no man can be a man of prayer who does not give much time to praying.