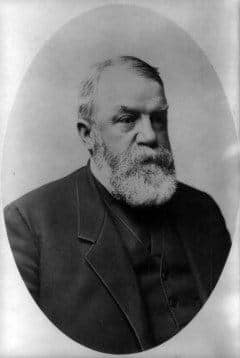 A third element of successful prayer is RESTITUTION. If I have at any time taken what does not belong to me, and am not willing to make restitution, my prayers will not go very far toward heaven. It is a singular thing, but I have never touched on this subject in my addresses, without hearing of immediate results. A man once told me that I would not need to dwell on this point at a meeting I was about to address, as probably there would be no one present that would need to make restitution. But I think if the Spirit of God searches our hearts, we shall most of us find a good many things have to be done that we never thought of before.

After Zaccheus met with Christ, things looked altogether different. I venture to say that the idea of making restitution never entered into his mind before. He thought, probably, that morning that he was a perfectly honest man. But when the Lord came and spoke to him, he saw himself in an altogether different light. Notice how short his speech was. The only thing put on record that he said was this: “Behold, Lord, the half of my goods I give to the poor; and if I have taken anything from any man by false accusation, I restore him fourfold.” A short speech; but how the words have come ringing down through the ages!

By making that remark he confessed his sin—that he had been dishonest. Besides that, he showed that he knew the requirements of the law of Moses. If a man / had taken what did net belong to him, he was not only I to return it, but to multiply it by four. I think that men in this dispensation ought to be fully as honest as men under the Law. I am getting so tired and sick of your mere sentimentalism, that does not straighten out a man’s life. We may sing our hymns and psalms, and offer prayers, but they will be an abomination to God, unless we are willing to be thoroughly straightforward in our daily life. Nothing will give Christianity such a hold upon the world as to have God’s believing people begin to act in this way. Zaccheus had probably more influence in Jericho after he made restitution than any other man in it.

Finney, in his lectures to professing Christians, says: “One reason for the requirement, ‘Be not conformed to this world,’ is the immense, salutary, and instantaneous influence it would have, if everybody would do business on the principles of the Gospel. Turn the tables over, and let Christians do business one year on Gospel principles. It would shake the world! It would ring louder than thunder. Let the ungodly see professing Christians considering the good of the person they are trading with—seeking not their own wealth, but every man another’s wealth—living above the world—setting no value on the world any further than it would be the means of glorifying God; what do you think would be the effect? It would cover the world with confusion of face, and overwhelm them with conviction of sin.”

Finney makes one grand mark of genuine repentance to be restitution. “The thief has not repented who keeps the money he stole. He may have conviction, but no repentance. If he had repentance, he would go and give back the money. If you have cheated any one, and do not restore what you have taken unjustly; or if you have injured any one, and do not set about to undo the wrong you have done, as far as in you lies, you have not truly repented.”

But who am I, and what is my people, that we should be able to offer so willingly after this sort? for all things come of thee, and of thine own have we given thee.
1 Chronicles 29:14