Scripture states they were in “one accord in one place.” Having shared the same experience, their lives were closely knit together. Their hearts were in close proximity as well as their bodies. Doubtless, they had opened their innermost being to God in the presence of one another. This openness led to brokenness, which in turn produced supernatural oneness.

In revival the masks come off. Pretence crumbles along with the walls of self-preservation. The fear of man fades in the light of the fear of God. It was my privilege to be in a testimony meeting with Roy Hession. One man began to weep and mourn his weak spiritual condition. Brother Hession commented after this man had finished, “Brethren, I think we are all in the same boat!” This disarming and affirming comment gave a green light to the entire group to open our hearts. Church should be a place where people can hurt out loud. Humans are “need machines” and when needs arise we can find help at the throne of grace. One accord is the result when the spiritual environment is saturated with love, acceptance, and forgiveness.

One heart and one soul set the atmosphere for powerful praying. Agreeing in prayer multiplies the results. Again I say unto you (If Jesus is saying this again, that means He had said it before!), That if two of you shall agree on earth as touching any thing that they shall ask, it shall be done for them of my Father which is in heaven. For where two or three are gathered together in my name, there am I in the midst of them (Mat. 18:19-20). Jesus Himself is in the middle of those who practice mutual, focused faith. The key to receiving is like-minded believing.

This article is used by permission from Harold Vaughan. After graduating from Bible College in 1979, Harold Vaughan immediately began full-time evangelism. To date, Christ Life Ministries has led him to preach in forty-eight states and many foreign countries. Shortly after entering full-time evangelism in 1979, Harold and his wife Debbie were married. Debbie works in the CLM office and maintains their home. During the Revival Summits she ministers with the children ages 4-9 in a nightly Kid’s Klub. Harold and Debbie have three grown sons. Michael and his wife, Laura have two children – John and Asa. Brandon and his wife Ashley have three children – Sara, Hope and Noah. Stephen married his wife, Emily in 2015. 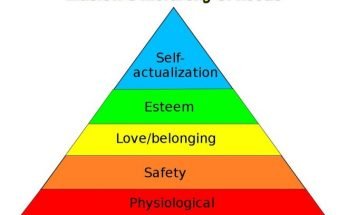 Be sober, be vigilant; because your adversary the devil, as a roaring lion, walketh about, seeking whom he may devour.
1 Peter 5:8