Order the 4-pack of the Prophecy DVD series for a donation of $25.

A Thief in the Night
The classic film that features the rapture and the cost of not accepting Jesus Christ. A story of Patty, a young woman caught up in living for the present with little concern for the future. As dramatic, earth shaking events begin to unfold around her, Patty realizes she is living in the end times spoken of in biblical prophecy. (69 min)

A Distant Thunder
Part two of the classic prophecy series. Dramatically presents the Seal Judgments of Revelation, the importance of Christ’s redemption, and the cost of discipleship during persecution. This second film in the series continues the story of Patty who is left living as a fugitive, relentlessly pursued and finally captured by the forces of UNITE, she is given a choice: either receive “the Mark” or face death. (72 min)

Image of the Beast
“…Now mankind has been given what we really always wanted…a world without God” Part three of the classic series and perhaps the best one. The story continues into the Trumpet Judgments, featuring the victory of believing in Jesus and the effects of spiritual blindness. This third film in the series depicts the awesome story of the mid-years of the Great Tribulation foretold in biblical prophecy. The anti-Christ establishes a one-world government, while a small band of fugitives struggle to survive amid spectacular and terrifying judgements. (93 min)

The Prodigal Planet
The end-times saga continues. Part four of the classic prophecy series. The Bowl Judgments are poured out onto the earth. God’s sovereignty can no longer be denied, and His divine protection covers His faithful remnant. (138 min) 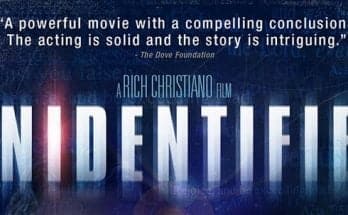