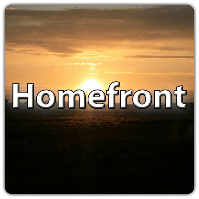 Last week, an NBC online news item had this as the headline on a story: “Religious exemption laws exacerbating foster and adoption ‘crisis,’ report finds.” The subtitle continued, “Laws allowing child placement agencies to deny LGBTQ prospective parents are worsening the current ‘child welfare crisis,’ according to a new report.”

It’s fair to say NBC is reporting on a report. The problem is the report was done by, as NBC notes, three liberal organizations that are obviously biased towards promoting the LGBTQ—lesbian, gay, bisexual, transgendered, and questioning—agenda. The article has very little written from a countering viewpoint and includes only liberal recommendations for how to resolve the so-called “adoption crisis.”

So here’s the mainstream media complicit in using Adoption Awareness Month to promote a political agenda because that’s really what this is. The LGBTQ activists are determined that no matter what is best for children they will be granted adoption rights by every adoption agency, regardless of the religious beliefs of any given agency.

It is true we have a large number of children in the foster-care system across the country, and it is true a number of the children age out of the system each year. However, religious exemption laws are not the cause of the problem—and it’s not right to make the public think that in an effort to sway politicians on this issue.

Currently ten states have laws protecting faith-based adoption agencies and their right to operate according to their religious beliefs, including not being forced to place children with people identifying as lesbian, gay, bisexual, or transgendered. Truthfully, such laws should not be necessary. The First Amendment of the US Constitution and the religious freedom language in most state constitutions should provide adequate protection for these important agencies.  However, court decisions in places such as Massachusetts, Illinois, Washington, D.C., and Pennsylvania, where faith-based adoption agencies have been forced to close rather than cave on this issue, have shown that specific laws that spell out the protection are necessary, making it harder for courts to hide behind some murky, wrenched and wrong-headed interpretation of constitutional language.

Among several other recommendations, the NBC article notes that the report calls for special protections for LGBTQ prospective parents—both adoptive and foster. That’s just upside-down thinking.  It’s not that these folks can’t adopt; they can. They just aren’t able to do so through faith-based adoption agencies that are rightly conducting their business according to their religious beliefs. What the LGBTQ activists want is compelled acceptance by everyone for everything. To advance their agenda, they must basically destroy religious freedom in this country—and, in my opinion, they don’t care if that really happens.

Wisconsin has several faith-based adoption agencies. They do much good in our state in helping connect children needing forever earthly families with parents wanting to adopt. These agencies are helping the so-called “adoption crisis.” Those seeking to force them to change their policies to accommodate their personal and political agenda would sooner they close their doors than be able to continue to operate according to their religious beliefs.

Currently, Wisconsin has no law specifically protecting faith-based adoption agencies. Given that Governor-elect Tony Evers was endorsed by the nation’s largest pro-LGBTQ organization, the Human Rights Campaign, passing such a bill will be an uphill battle, for sure. However, I believe conservative legislators, who still hold strong majorities in both the Senate and the Assembly, should work to make it happen.

Liberals, helped by the complicit mainstream media, are obviously not bothered at all by using children as the pawns in order to get what they want. Nor are they concerned at all about obliterating religious freedom in their push for total societal affirmation, acceptance and even commendation. The question is, are Christians willing to stand strong and push back against the onslaught.

This is Julaine Appling for Wisconsin Family Council reminding you the prophet Hosea said, “My people are destroyed for lack of knowledge.”

View all posts by Julaine Appling →

For we wrestle not against flesh and blood, but against principalities, against powers, against the rulers of the darkness of this world, against spiritual wickedness in high places.
Ephesians 6:12