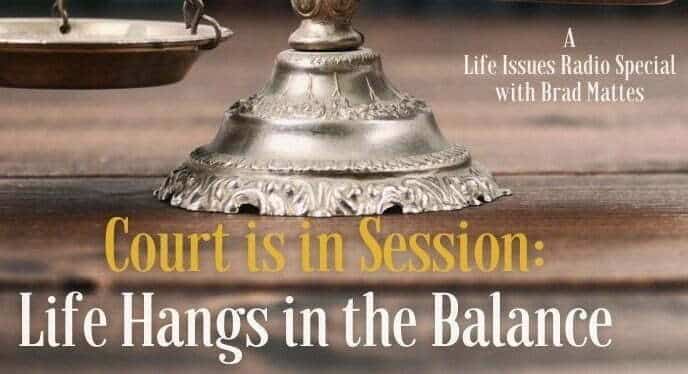 Listen to “Court is in Session-Life Hangs in the Balance” Friday, October 2nd at 12:00pm & 5:30pm Central and Saturday, October 3rd at 8:00pm Central – a radio special from Brad Mattes and the Life Issues Institute.

The news tells us every day that elected officials are making decisions that will shape our future. But what about the third arm of government—SCOTUS (the Supreme Court of the United States)? In this new half-hour special from Life Issues, Brad Mattes is joined by special guests as they discuss the men and women who serve in that elite decision-making body … and why does it matter who sits on that court?

“Our nation became a better place because abolitionists did all within their power to end slavery. Now it’s every Christian’s obligation to leave their impact on America by ending legal abortion. It begins with who is nominated and confirmed to the Supreme Court.” —Brad Mattes, President of Life Issues Institute