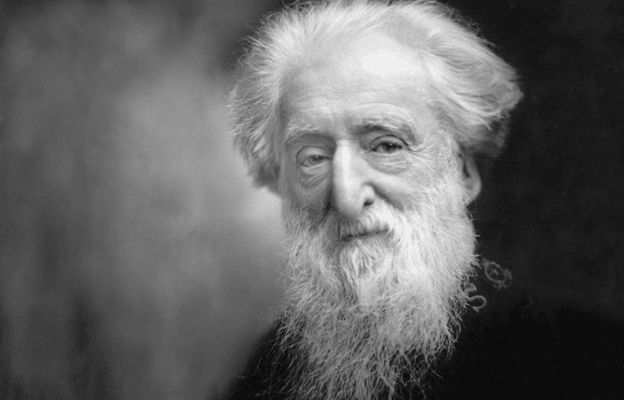 William Booth was born on April 10, 1829, in Sneinton, Nottingham, England.

At age thirteen, when his father could no longer pay for his education, he was apprenticed to a pawnbroker and, a year later, his father passed away.

At age fifteen, he became a Christian and began attending a local chapel.

He wanted to minister to the poor, whose poverty and suffering he saw on a daily basis through his apprenticeship.

On June 16, 1855, he married Catherine Mumford, and they decide to start a ministry called “The Christian Mission” to help the poor, drunk, outcast, and wretched of London’s East End slums.

Together, they fought to help rescue young girls out of sex trafficking and set up 117 homes for these girls to escape to.

Catch the rest of this interview with Bill Federer on America’s Christian Heritage on VCY.tv