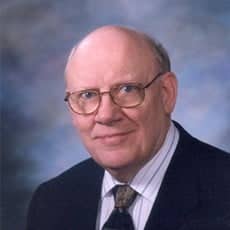 In 1963, the Pro Football Hall of Fame opened in Canton, Ohio.

One year later, Pastor Harold Henniger was reading Hebrews 11, that great passage on faith and the heroes of the faith, at the same time that the Pro Football Hall of Fame festivities could be heard over the radio and thought it would be a great idea to have a Hall of Fame for Christian heroes. Thus, on April 12, 1966, Canton Baptist Temple instituted the Christian Hall of Fame.

If you were to walk through this Christian Hall of Fame you would see over 110 portraits of early church fathers, reformers, pastors, scholars, evangelists, and people from all walks of life and all kinds of ministries. Each person is someone who stands out in his field.

A recent inductee was Dr. Warren Wiersbe. He stands out as a tremendous Bible teacher and a man who had great influence on pastors across America with his commentaries.

Just prior to his sixteenth birthday, Wiersbe was saved through the preaching of Billy Graham at a Youth for Christ rally.

God called him into the ministry and he pastored several different churches, was the general director of Back to the Bible, and wrote over 160 individual books.

Since he was not only a Bible scholar, but had pastored as well, he had a practical, balanced way of being able to communicate the Word of God.

His extensive, personal library, consisting of 14,000 books and handwritten notes, can be found at the Warren and Betty Wiersbe Library and Reading Room at Cedarville University, where he donated them for students’ use.

Catch the rest of this interview with Mike Frazier on the Christian Hall of Fame on VCY.tv