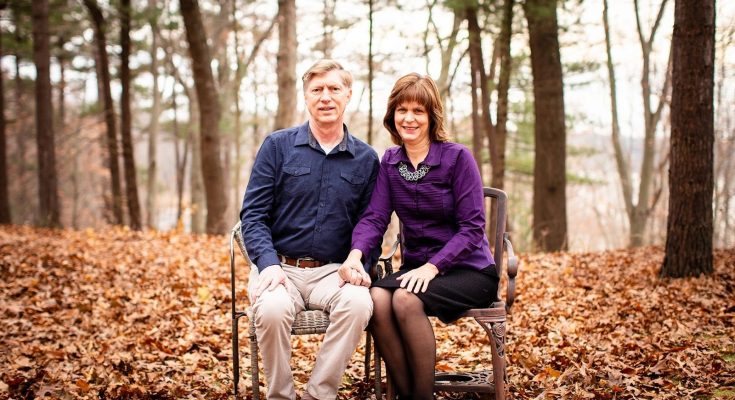 Bob Hassel grew up in a Christian home and, while he prayed the prayer many times, it wasn’t until he was a freshman at Maranatha Baptist Bible College that he made sure he was saved and had assurance of his salvation.

While at college, he also felt the call to ministry. He became the youth pastor of Faith Baptist Church in Champaign, Illinois, and went on to become the senior pastor four years later.

In September, 2006, FBC was going to be having revival meetings with Evangelist Harold Vaughan.

They had held revival meetings many times before; however, this time was going to be different. Instead of just the evangelist showing up, God was going to show up.

The night before the meetings were to start, they held a prayer meeting with about forty-five people in attendance.

The men and women went to different locations and went through the three rounds of prayer: confession, praise, requests (C.P.R).

It was incredible and Hassel knew something was different. Instead of just praying, they were actually talking to God.

Men were sobbing and getting honest with God. No one wanted to leave that prayer room.

When they finished praying, Hassel looked at the clock. He thought it had only been fifteen minutes, but two hours had gone by!

Each night, before the revival meeting began, they had an hour-long prayer meeting and Hassel couldn’t wait to get out in the auditorium to see what God was going to do.

Ten minutes into the messages, people were ready to come forward. The alters were full.

God was the attraction. It wasn’t the music or the preaching. People came for God.

There wasn’t a problem getting people to come to the meetings, either, and people were coming in from an hour away.

There was a spirit of prayer. God was even waking them up during the night to pray.

They were careful not to do anything that would grieve the Spirit of God.

By the end, Hassel felt that, if God gave him any more joy, he was going to explode. He didn’t watch television, read the newspaper, or listen to the radio for two weeks. He didn’t even want to check his phone. He just wanted God.

God was doing such an incredible work that Vaughan extended his stay and they continued the meetings. What was supposed to be four days of revival meetings, God turned into thirteen days!

One lady, who had been out of town during the revival, came back and said, “Pastor, people are different. They’re loving in this church. There’s a different spirit.”

It was an incredible, unbelievable experience that, unless a person had been there, it would be difficult to understand.

After the revival meetings came to a close, evangelists and pastors called Hassel and wanted to know what they had done to get this result, but Hassel hadn’t done anything that he could glory in. God had shown up and all the glory went to Him.

Catch the rest of this interview with Bob Hassel on A Revival Story on VCY.tv

Take the FREE course with Harold Vaughan on Protocols for Prayer on VCYBible.org