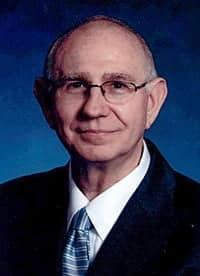 Years ago, five men were commissioned from London to do research in the Sahara.

They rented a Land Rover and, as they traveled through the Sahara, got stuck. They hoped someone would come along and rescue them, but no one came.

Eventually, they ran out of water and four of the men died.

The fifth man had realized there was water in the radiator, which didn’t have antifreeze and was safe to drink, but he kept quiet about it and didn’t tell the others.

He lived because he got the water out of the radiator and survived.

After the man made it back home, he was tried and convicted of murder by neglect.

Is it possible that Christians are also involved in murder by neglect?

We have the message of the Gospel and can save lives.

Failing to give out the Gospel illustrates the selfish, disobedient, foolish heart.

Christian, let us be about our business of rescuing the perishing because we were all perishing before Christ showed mercy and grace to us.

Rescue the perishing, care for the dying,
Snatch them in pity from sin and the grave;
Weep o’er the erring one, lift up the fallen,
Tell them of Jesus, the mighty to save.

Catch the rest of this interview with Dr. Clayton Shumpert on The Sin of Neglect on VCY.tv