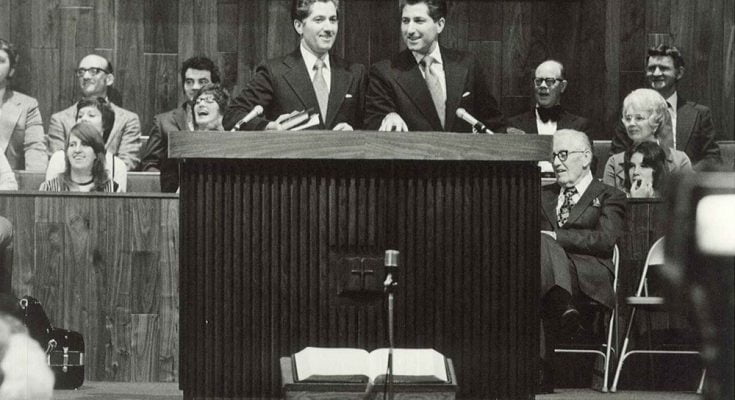 Bill McLeod was the pastor of Ebenezer Baptist Church in Saskatoon, Canada, when God laid it on his heart to pray for a genuine revival.

The first night of the meetings, nothing happened. Some of the people were discouraged that these were just going to be another set of meetings, like what they’d had in the past, where nothing much happens.

On the second night, God powerfully impacted a woman who had been praying for revival in the city, province, and country.

She had wondered why there was no revival, but, that night, God dealt with her about herself. She couldn’t even stand certain people in her own church and, yet, she had been praying for revival so she made things right with them.

The first few days of the meetings, Ebenezer Baptist Church was also hosting the pastors’ conference for the whole province of Saskatchewan and all the pastors came in for it.

The idea was that the pastors’ sessions could be in the morning and then, at night, the pastors could come to the revival meetings.

God touched those pastors and they had the privilege of seeing and feeling the power of God working in those meetings.

They went home to their churches, asked forgiveness of their people, and the Word and power of God spread all over the province.

The meetings continued at Ebenezer Baptist Church until the crowd grew so large that they had to move the meetings to a different church building, which could seat seven hundred rather than the former three hundred.

Without doing anything, except saying they’d be moving the meetings to a new church building, the first night was packed!

Another church, which could seat 1,000, offered for them to use their building and the first night there was packed, too!

During the meetings, the pastor of the new church building became so convicted about his selfishness and his lack of love toward the other pastors in the city that he called all of them and asked them and their wives to meet up with him at 9:00 a.m.

When they all met up, the pastor asked for each of their forgiveness. The other pastors and their wives began getting right with God and with each other, too, and it was 4:00 p.m. by the time they were all finished.

Catch the rest of this interview with Ralph and Lou Sutera on VCY.tv