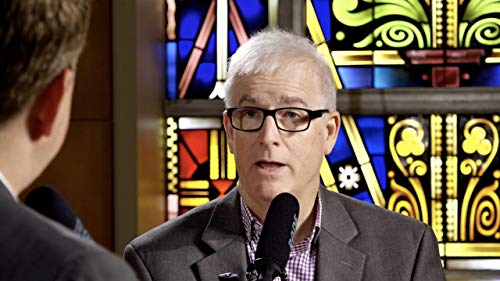 The story of the Lone Star Revival begins in the 1830s, when Samuel and Roenna Day sailed to India to work as missionaries.

By 1840, the Days were fairly fluid in the Telugu language and went to work with the Hindus in the Nellore region.

It was extremely challenging, but, by 1841, they had their first Telugu convert.

By 1844, they had organized a church, where they had just a handful of Telugus worshipping with them.

By 1846, ten years after arriving on the mission field, Samuel Day became very ill. They had poured themselves into the ministry and now their health was wrecked so they had to turn the mission over to their native converts and sail home.

The natives weren’t ready for the responsibility, however, and began to go back to their old ways.

Two years later, the Days were recovered enough to sail back to resume the ministry, along with the Jewett family who would be joining them.

They found some of the old converts, began discipling and restoring them, and were able to have some impact for the next five years.

By 1853, they had a very small, faithful congregation. It had been seventeen years into the mission, however, and the small amount of fruit was disappointing.

Back home, their mission board got together to discuss whether or not they should cancel the whole thing.

They had a map out which had little stars everywhere they had a mission, but, while some areas had a whole bunch of stars, there was only one lone star in southeastern India.

One of the pastors who was there, the poet who wrote “My Country, ‘Tis of Thee,” told them he didn’t think they should disband the mission. That night, he went back to his motel room and wrote a poem, “The Lone Star.”

That same year, the Days once again had to sail home, this time for good, because of their wrecked health.

The Jewetts remained in India, serving faithfully, until several years later when Lyman Jewett’s health was broken and they had to come back to America for him to recover.

While the Jewetts were still recovering, God raised up a powerful preacher, Evangelist John Everett Clough, to volunteer to help them on the mission field.

In 1865, the two families sailed back to work with the Telugu. Once they arrived, they decided to go to Ongole to see if the coastal town would be a better location for their ministry.

While there, they met a man who was from a little village about twenty miles inland. Surprisingly, they found out that he was not only a believer, but also zealous to get the Gospel out to his village! Every so often, the missionaries would take minor trips inland, but it was considered a very dangerous thing to do and most of their ministry had been along the coast.

The man told them there was an open door there so three of the native preachers, which the missionaries had trained, went with him to his village to share the Gospel.

When Clough got a report back from them, two hundred people in the village had gotten saved so the missionaries decided to relocate their ministry headquarters to Ongole as it was a good place for getting out into these villages.

Clough also traveled to a place called Colombo, began preaching there, and around three hundred people came to faith in Christ.

The missionaries continued to see good growth in their ministry. Souls were being saved, baptized, and their network of churches was growing.

The Jewetts once again had to return home from the mission field and the Cloughs were joined by another missionary family; however, the work was greater than the two families could handle so Clough went back to America to try to recruit help.

Between 1872-1874, Clough preached hundreds of times and blanketed the states. By the end, he had recruited five volunteer families to go back with him.

While Clough was away, the ministry in India kept seeing incredible results and large amounts of converts.

Sadly, in 1876, a great famine devastated the area. Relief efforts kicked in from all over the world. One of these efforts was from the British government, which came up with a plan to employ people in building the Buckingham Canal so that they could earn wages and get food.

Clough obtained permission from the British government to build three and a half miles of the canal so that he could put his native preachers as foremen and start hiring thousands of Hindus to help with the work.

A large number of them began making professions of faith, but Clough was concerned that people were going to make professions just because they were giving them work and food.

He decided that, until the famine was over, no one would be admitted for baptism so they could make sure these new converts were sincere.

Over a year later, once the famine had come to an end, the native preachers met at the canal with their most likely candidates for baptism, those whom they were pretty sure were genuine believers. The candidates were investigated and it turned out they were sincere.

Two at a time, six native preachers went down in the river and baptized the new converts. They baptized and baptized until they became tired and two more would go down and take their place.

This wasn’t even the end of the harvest, which kept pouring in, it was only the beginning…

Catch the rest of this interview with Dr. David Saxon on the Lone Star Revival on VCY.tv

What Is Revival? – Part I