Dr. Tommy Ice is the director of the Pre-Trib Research Center. He founded the center in 1994 with Dr. Tim LaHaye. Dr. Ice has co-authored over 30 books, written hundreds of articles and is a frequent conference speaker.

Why is Bible chronology important for us to know? Dr. Ice believes it’s because the Bible is the Word of God. It deals with real events in history. Through the Bible we see chronological issues that you can figure out in order to determine factors such as how old the earth is, how long ago Abraham was called, etc.

Dr. Ice noted a very interesting fact about the Bible compared to all other religions. All other religions are based upon a philosophy or ethics. The Bible does have those things but only the Bible is built on whether or not something actually happened in history. This is because it’s God’s record of His revelation.

For Dr. Ice, history is not just a cyclical series of human events but it’s progressing in a linear manner. He cited Hinduism which is the polar opposite of Christianity. It’s full of cycles with history going nowhere. He agreed that man’s nature is cyclical in the sense that you have people doing the same things over and over again. However, he described history as, ‘…progressing from a garden to a city…with a cross in between.’ That’s progress because history has meaning and purpose.

‘Charting the Bible Chronologically: A Visual Guide to God’s Unfolding Plan’ begins with creation. One creation chart deals with the divine institutions that God created for mankind to function under. These five institutions are responsible labor, marriage, family, civil government and nationalism/tribal diversity. The book also deals with the kings of Israel, the giving of the Mosaic Law, the inter-testamental period, the birth and life of Christ, the Church Age as well as what the Bible predicts for the future.

As this program progressed, Jim had Dr. Ice explain the following:

‘What is Your Choice?’

‘Charting the Bible Chronologically: A Visual Guide to God’s Unfolding Plan’ is available for a donation of $25 at www.vcyamerica.org or by calling 1-800-729-9829. 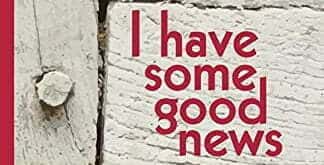 I Have Some Good News

For we have not an high priest which cannot be touched with the feeling of our infirmities; but was in all points tempted like as we are, yet without sin.
Hebrews 4:15