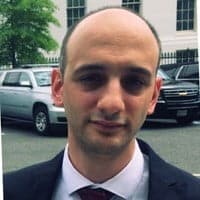 The partial government shutdown is over, at least temporarily. The House and Senate are seeking a resolution on border security and need one by February 15th. In the meantime, the State of the Union address was to take place this evening but canceled by Speaker Nancy Pelosi. It’s been rescheduled for next Tuesday, February 5th.

Robert Romano, vice president of public policy at Americans for Limited Government, joined Jim to update listeners on the shutdown, it’s relationship to the wall project, and what may come next.

According to Robert, the president’s cause is just on the issue of border security. As he sees it, the nation spoke with one voice in 2016 when they elected him and they did it on the premise that he would build a border wall.

Robert believes when the president does get his chance to address the nation, he’ll make use of ‘angel family’ stories as an effective tool to illustrate to the nation the human toll of not having a wall.

The president has indicated that if Congress doesn’t approve his request, he’ll invoke the National Emergencies Act and use preexisting congressional authorization to reallocate military construction funds to have the wall built, so regardless of what happens, it looks like the president plans on breaking ground with this. It’s just a matter of whether or not Congress is willing to compromise and potentially get something out of the deal.

The risk is that this may be challenged as unconstitutional and may languish in the courts for months. This is why Americans for Limited Government prefers a legislative approach. It’s the quickest way for the president to break ground on the wall this year.

Robert also noted how President Trump ran as being against Deferred Action for Childhood Arrivals (DACA) but he’s willing to extend it for 3 years. This compromise is testing the strength of the president with his base. Americans for Limited Government would prefer not to have the president use DACA as a bargaining chip. They’d prefer he say he won’t sign a bill without the wall. Then it would be up to Congress to put a bill together that he’s willing to sign, but Robert admitted that would probably have been a better position to take in 2017 and 2018 when the president had majorities in both houses.

He feels the president’s base will understand if this results in the wall actually being built. It’s a compromise, and not ideal, but perhaps had they voted on the wall sooner, they wouldn’t have lost the House in the mid-term election.

What’s going on behind the scenes with Jared Kushner and his negotiations? Are Democrat leaders being reasonable in acting as though even discussion of a wall is a non-starter in negotiations? Are there cracks building within the Democratic caucus that is against the wall? Does Robert believe Pelosi and Schumer will eventually negotiate in good faith or will they keep their heels dug in?

These and other questions are answered and Crosstalk listeners add their views as well.

Senate switchboard–202-224-3121. Direct dial numbers to their offices can be obtained through www.house.gov and www.senate.gov