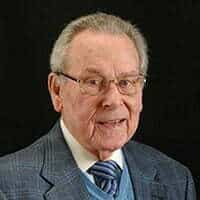 Elwood McQuaid is the former Executive Director of The Friends of Israel Gospel Ministry.  He had also served as editor-in-chief of ‘Israel My Glory’ magazine. He’s a veteran in broadcasting having hosted their ministry’s daily radio program for over 25 years.  He is an author of numerous articles and books including his latest book, ‘It is No Dream,’ subtitled ‘Israel: Prophecy and History – The Whole Story.’

Many other books have been written about Israel.  So what is unique about this one?

Elwood explained that the quotation for the title comes from a statement by Dr. Theodor Herzl, the man who’s considered to be the father of modern Zionism back in the 1800’s.  Herzl felt that it’s time to begin to think about going home. He knew what was going on in Europe, he saw the Nazi movement forming, and overall he felt the Jewish culture in Europe was in jeopardy.

Elwood described it this way: ‘And it was the first time in all of the annals of human history that an ancient nation, dead for all practical purposes, off the scene, decided to step out of the graveyard and come back to its ancient homeland.’

From discussion of Abraham, to the Balfour Declaration of 1917, the Six Day War of 1967, to what lies ahead, the story of Israel is nothing less than a miracle, or as the book is titled, ‘It is No Dream.’