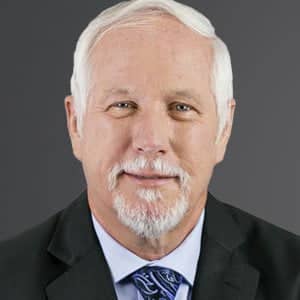 “When I consider Thy heavens, the work of Thy fingers, the moon and the stars, which Thou hast ordained; What is man, that Thou art mindful of him? and the Son of man, that Thou visitest him?”  (Psalm 8:3-4)

This month of July, we remember the 50th anniversary of the Apollo 11 launch and landing on the moon July 20, 1969.   Last week we had a fascinating interview with Bill Federer looking at the faith of the astronauts, Scripture quoted on the moon, even communion served on the moon.  Today we’re going to turn our eyes to the heavens and look at the moon itself as well as the stars and sky.  Joining us today is Dr. Danny Faulkner.

For starters, both Jim and Dr. Faulkner visit about their shared “fascination” of the night sky. Dr. Faulkner mentions time spent “laying down on the ground with binoculars, which still thrills” him. As an astronomer, Dr. Faulkner says he appreciates the “science behind it all, a lot of physics involved which we can see and understand but, combine all of that, with the fact that I see the Hand of the Creator … He is an Awesome God and He has made a fantastic world for us to explore.”

To lay some foundation for today’s Crosstalk, the discussion turns toward the moon – what day was it created? Faulkner answers “On day 4.” And while there is no direct facts for the actual age of the moon, Dr. Faulkner provides some tips (amidst the many assumptions that are out there) pointing toward a “younger”moon of a little over “6 thousand years old.” When asked if lunar (moon) dust is credible for moon facts? Faulkner says “Until new data comes along, this is probably not a good argument.” Faulkner points to other arguments that actually point toward a younger moon including, the current interaction between the earth and the moon, and also how “with time, the earth’s rotation gradually slows and the moon is slowly spiraling away … it’s all based on very good science and understood physics.”

Faulkner will also help us to know how the moon affects our ocean tides – did the moon play a part during the once, global flood? Is the moon as described in the bible a “lesser light” a contradiction in Scripture?” Is there a dark side of the moon?” Is the moon a natural satellite of the earth?  What about the moon’s surface? And then, truly thrilling, DID the moon “stay” (and the sun stand still) for Joshua? (Joshua 10) Crosstalk takes your phone calls!

Dr. Danny Faulkner – has a Master of Science in Physics, a Master of Arts degree as well as a PhD in Astronomy.  He taught at the University of South Carolina, Lancaster for over 26 years.  He serves as editor of the Creation Research Society Quarterly and has published over 100 papers in various journals.  He is a research, author and speaker for Answers in Genesis.  He is the author of numerous books including “The Expanse of Heaven:  Where Creation & Astronomy Intersect”