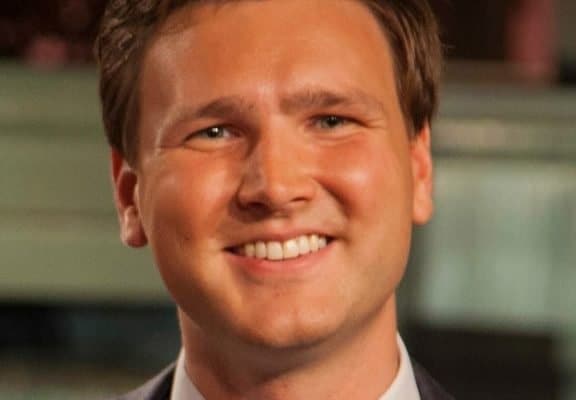 Many today are taking scissors to the book of Genesis – denying both the Creator and creation.  But when one does this, they must not only cut out Genesis, but references throughout the whole of Scripture which refer to creation or God’s handiwork.  Even part of the 10 commandments which “For in six days the LORD made heaven and earth, the sea, and all that in them is, and rested the seventh day:” Creation is mentioned throughout the whole of Scripture, could that be the reason why academia today is so invested in attacking and seeking to destroy belief in creation?  Joining us on Crosstalk today is David Rives.

Volumes of books have been written, and countless videos have been produced in effort to explain the arguments for both creation and evolution. But, at the end of the day, do the earth’s origins really matter? Rives says “it matters because, it actually matters, why we are here. If we are just the result of millions of mutations over millions or billions of years, then, that affects our morality. We could act as animals and that would be fine! However, the idea that the Bible is correct, and we can trace our origins back to a Creator Who in the beginning made us distinctly different from all of the animals, fearfully and wonderfully made in the image of our Creator, then, He has spelled out morality for us; we can’t decide for ourselves what is right or wrong. So yes, where we came from, it matters a lot.”

But for the naysayers, those who comment “Your truth is not my truth” how are we to handle those arguments? Rives says “If someone can make up their own truth then, whatever is good for them (whether or not it is good for society) is all that matters, however, if we have a Supreme Being Who created us in the beginning well, He knows very well what is good for us and He’s written it down. It’s very simple and actually beneficial for society to follow the commands of our Creator.”

Yet, what about those staunchly opposed to Creation who subscribe to an evolutionary view such as Darwinism or even more concerning, those who are in churches, who claim to believe both views? Rives comments “Most people do not know that Charles Darwin began studying to be a Pastor. He later turned to studying naturalism as a whole.” Rives explains how writings by 1800’s geologist Charles Lyell soon influenced Darwin to believe that rocks were “eons and eons old.” This led Darwin to the murky conclusion that, animals themselves must too then, have been evolving from one kind to another for eons as well. What Darwin was not aware of was that Lyell himself was bent on doing away with the whole idea of anything that Moses wrote (Old Testament) and all biblical principles; which was in fact the stated purpose for Charles Lyell’s writings.

Crosstalk will find out from David Rives about Darwin’s finches – his “racial tendencies” and if Darwin is actually “worshiped” by atheists? Also, a fascinating look at the “3 gods: Natural Selection – Time – Magical Spontaneous Generation.” Rives says an atheist (to stay an atheist) must admit that everything came from nothing – that “life came from non-life” and will refute that belief.

David Rives – President of Genesis Science Network and founder of David Rives Ministries.  He has broad field experience in astronomy, paleontology, and archaeology.  He has written books and produced hundreds of videos and series such as the “Wonders Without Number Video Series” “Bible Knows Best” and others.  The Genesis Science Minute (weekdays at 10:26am CT on VCY).