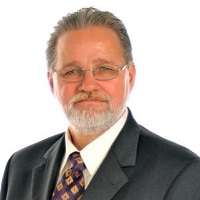 Martin Mawyer is the founder of the Christian Action Network, a non-profit organization created to protect America’s religious and moral heritage through educational and political activism efforts both on the national and grassroots levels.  He’s the author of several books including, ‘Twilight in America:  The Untold Story of Islamic Terrorist Training Camps Inside America.’

Martin began with his feelings concerning the recent shootings in El Paso, Dayton and Chicago.  What upsets him the most is trying to read people’s solutions as to how to deal with these shootings, particularly the cries to do away with assault weapons or throwing more money at mental health care.

He noted that almost all of us realize it’s our fleeing from God and His teachings that’s causing the craziness going on.  He understands why no one wants to offer that solution since it’s not politically correct, but it’s that ignorance that will cause more of these shootings.

He proved his point by noting a study showing how many shootings there have been since God was kicked out of the public schools in the 1960’s.  You find maybe 2 or 3 incidents of public school shootings prior to that while now it’s up to around 350 children that have died since then. He admitted that some might say that’s not good scientific analysis, but he believes that kicking God out of public life will cause people to decide for themselves how to react to situations.

Switching topics, Martin described how last November a couple of cars looking like police cars were seen in the Brooklyn and Staten Island areas.  Upon closer inspection they weren’t police cars, they were Muslim community patrol cars.

At first the Muslim Community Patrol and Services (MCPS) said that the cars were there to have officers that could speak the ‘lingo’ between the NYPD and Muslims. This was supposedly because Muslim immigrants were fearful of the NYPD and didn’t know how to talk to them.  In other words, the MCPS would serve as an interpretation business to communicate the concerns of Muslims with the NYPD.

After the Christ’s Church attack in New Zealand earlier this year, the MCPS decided that they were going to change their strategy and become a security force for the mosques and Muslims in New York City to protect them from ‘Islamophobia.’  This had them thinking they needed another patrol car which brought them to 3. They hope to have 7 by the end of the summer, but their ultimate goal is to have 30.

–Are there ‘separation of church and state’ concerns here?

–Do these patrols have arrest powers?