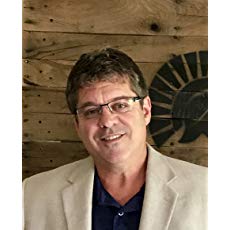 The death toll in El Paso climbed to 22 yesterday with another 26 injured after the mass shooting at a local Walmart.  In Dayton, 9 are dead with approximately 27 additional injured. Then what appears to be a trend, in Chicago, where there was a horrendous weekend of gun violence, at least 7 are dead and 46 were injured.  Of course, there was also the Gilroy Garlic Festival in California.

Why are we seeing such shootings unfold?  How do we stop or even slow down this trend?  Joining Jim to discuss such questions was Mark Walters.  Mark is a national board member of the Citizens Committee for the Right to Keep and Bear Arms and the broadcast media spokesman for the Second Amendment Foundation.  He’s the host of two nationally syndicated radio broadcasts, a columnist and author of three books, ‘Lessons from Armed America,’ ‘Lessons from Unarmed America’ and the soon to be released, ‘Grilling While Armed.’

Mark began by describing to listeners why for him, these shootings aren’t just another set of stories from the weekly news cycle.  These stories hit close to home for him and his ‘knee jerk’ reaction isn’t that he needs to get rid of all the guns in his safe and take them to the police department so that something like this doesn’t happen again.  For him, that perspective is ludicrous.

Mark also mentioned that this didn’t happen in America when he was a kid.  All of this is happening subsequent to Columbine. He talked about a pattern that’s developed and he discovered that through the experience of his son who is now a freshman in high school.  His wife recently asked him about the days when the two of them would have lunch with their kids in the elementary school lunchroom and how loud it was. He then asked his son what the cafeteria is like compared to elementary school.  He said that it’s super quiet and his daughter said that it’s because everyone’s on their phone.

Mark admitted this is just a piece of the puzzle while communicating that interpersonal skills and relationships are being lost on this younger generation.  Combined with the 24/7 news cycle that is pushing a particular agenda, he believes this is a’recipe for disaster.’

Much more is discussed on this issue while input from Crosstalk callers caps off the broadcast.

But who am I, and what is my people, that we should be able to offer so willingly after this sort? for all things come of thee, and of thine own have we given thee.
1 Chronicles 29:14