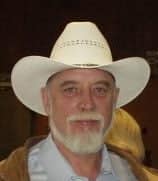 Scripture records a warning that Paul gave to Timothy in 1 Timothy 4:1-2.  It says:

‘Now the spirit speaketh expressly, that in the latter times some shall depart from the faith, giving heed to seducing spirits, and doctrines of devils;

Speaking lies in hypocrisy; having their conscience seared with a hot iron…’

Today there are those that appear to be departing from the faith.  Most recently has come news of the departing of Joshua Harris, popularly known for books such as ‘I kissed Dating Goodbye’ and ‘Boy Meets Girl.’  He declared, ‘I am not a Christian.’

Another is Hillsong worship leader Marty Sampson who said:

‘I’m genuinely losing my faith, and it doesn’t bother me.  Like, what bothers me now is nothing. I am so happy now, so at peace with the world.  It’s crazy.’

Joining Jim to discuss these departures was Don Veinot.  Don is the co-founder and President of Midwest Christian Outreach, a national apologetics ministry and mission to new religious movements.  He’s been involved in apologetics ministry for over 3 decades and is a charter member of the International Society of Christian Apologetics.  He is also a staff researcher and writer for the Midwest Outreach Journal.

While also adding Hebrews 11:11-14 Don asked, ‘He’s departing from which faith?’  Growing up Joshua came from a fundamental environment. Within that Don described the gospel that Joshua was exposed to as a ‘sexual prosperity gospel’ which he credited to Bill Gothard and Joshua’s own father Greg Harris.  It’s the idea that if you act and perform in certain ways and refrain from certain acts, you will be healthy, wealthy, you’ll have a great looking wife, good sex life and children that behave wonderfully. The problem is, then you run right into the face of life itself.

The result is that some people begin abandoning a faith that you thought was a biblical faith.  It’s actually a different religion that’s not Christianity because it’s performance-based.

Does Scripture calls us to be at peace with the world?  This is just one question that Don tackles as he instructs listeners concerning how we can keep ourselves from going down this path of deconstruction.  Listeners also present their input and you can hear it all when you review this broadcast. 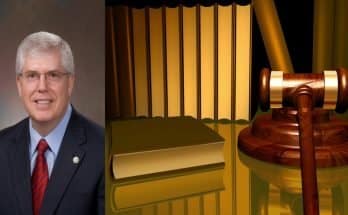 For since by man came death, by man came also the resurrection of the dead.
1 Corinthians 15:21