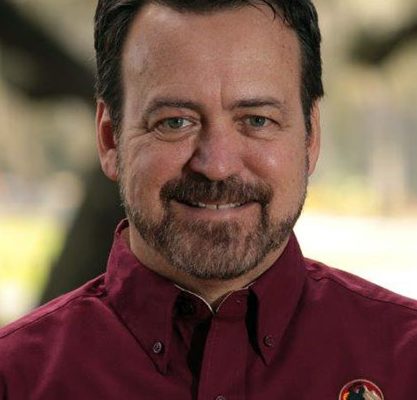 After mass shootings, the liberal media asks for what they call, ‘common sense gun control.’  While this may seem like a reasonable solution to end gun violence, the problem is, where does that logic end?  Shouldn’t we then ask for common sense knife, sword, hammer, baseball bat and car control also?

The reason why ‘common sense gun control’ won’t ultimately solve the problem is because when you probe the issue of America’s recent shootings at a deeper level, there’s a common trait.  It shows that many of the shooters were fatherless.

Joining Jim to discuss this issue was Mark Hancock.  Mark is the chief executive officer of Trail Life USA.  It’s the mission of Trail Life USA to guide generations of courageous young men to honor God, lead with integrity, serve others, and experience outdoor adventure.

What’s led us to this point?  Mark believes that because of economic development around the world, there isn’t the need for that extra ‘bread-winner’ in the household.  Combined with the changing definition and fraying of the family, fathers have come to be almost not necessary to some. The result is that boys are paying a price.

This situation extends to the prison population as well.  While you can look at statistics for race and other categories, the sad reality is that 97% of our prison population is made up of individuals who were fatherless.

This shift in our society is why Mark believes Trail Life USA has seen the kind of growth that they have.  They are unapologetically Christian and also boy-focused. Boys need a program specifically aimed at them (as girls do as well) but this is very important for boys due to the effect cultural influences have had on the  idea of the male role model.

Does the role of being a dad go beyond being a bread-winner?  Mark noted that there are certain things a dad brings to the parenting model because as politically incorrect as it may be to say it, men and women are different.  Even in the womb, boys and girls react differently to outside stimuli. The two sexes are not a social construct and we’re seeing that this idea of treating each as the same is hurting both boys and girls.

Mark sees a war on boyhood today whereby it’s being treated like a social disease that needs to be eradicated.  Running, jumping and climbing when they’re not supposed to and talking out-of-turn may be viewed as boyhood ADHD symptoms, but they’re also characteristics of just being a boy.  What we need to do is channel those things indicative of a desire for risk and competition; those things that characterize winning men.

On the other hand, if we tell boys there’s nothing special about them and we try to tone down the risk/competition aspects of their lives and give trophies to every boy that shows up, we’re stifling the idea of the winning and focused man who goes out and protects the family.  Strip that away and it’s no wonder you end up with men who feel they have no purpose in society.

Learn more about this growing organization, how it’s working to reverse these unbiblical trends and how listeners responded when you review this edition of Crosstalk.