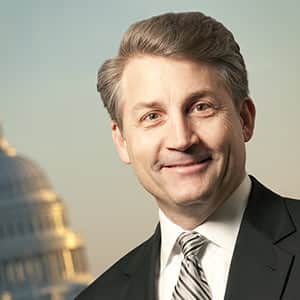 On Monday, Planned Parenthood announced that they were walking away from and refusing about 60 million dollars in Title X federal funding.  Why?

Joining Jim to discuss this was Brad Mattes.  Brad is the president and CEO of Life Issues Institute, the pro-life grassroots partner of the Susan B. Anthony List Education Fund headquartered in Cincinnati.  Life Issues Institute was co-founded by pro-life pioneer Dr. John Wilke and Brad in 1991 to serve the educational needs of the pro-life movement. Brad is also president of the International Right to Life Federation and a frequent international speaker and lecturer on abortion and related life issues.

What is Title X?  Brad described it as about 286 million dollars that’s earmarked specifically for family planning services for individuals at lower income levels.  Brad believes it’s become corrupted like many things that are federally funded, so now it’s used as a ‘slush fund’ for those agencies, entities and organizations that take part in it.

Brad, however, has a different view.  He sees this rule as an outgrowth of the man who’s become the most pro-life president in our nation’s history.  That’s Donald Trump. President Trump and his administration proposed this rule that prohibits Title X family planning money from going to organizations that provide or refer for abortions or treat abortion as family planning.

Planned Parenthood challenged this in the Ninth Circuit Court of Appeals, a court that is notorious for its liberal decisions.  The 3 justices in the case, two of which were appointed by President Trump, ruled against Planned Parenthood. That is why the Protect Life Rule has continued to be enacted while it works through the courts.

Brad believes this rule will hold up and that’s why Planned Parenthood has communicated that they will forego the 60 million dollars rather than their dedication and loyalty to abortion on demand.