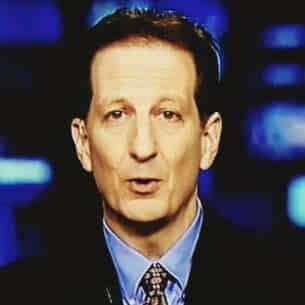 In the wake of recent shootings, the media is ‘fanning the flames’ with increased calls for gun control.  Presidential candidates are also speaking out. In fact, Beto O’Rourke has gone so far as to say that if elected, he intends to confiscate semi-automatic firearms.  Then there’s the San Francisco Board of Supervisors that unanimously passed a resolution declaring the National Rifle Association a domestic terrorist organization. Finally, on the retail front, Walmart announced that after its current inventory is depleted, it will stop selling handgun ammunition and ammunition commonly used in semi-automatic firearms.

Joining Jim for cogent insight into this matter was Erich Pratt.  Erich is the senior vice president and board member of Gun Owners of America, a national grassroots organization dedicated to promoting the Second Amendment freedom to keep and bear arms.  He’s the author of ‘Bearing Arms: Our Rights, Our Duties & Our Freedoms’ and also author of a civil government textbook, ‘The Constitutional Recipe for Freedom.’

Would ‘common sense’ gun laws, as some would describe them, reduce gun violence in America?  Erich described as ‘common sense’ the idea that criminals don’t obey the law. So while it’s true that sadly 7 people died in Texas over the weekend, 8 people died over the holiday weekend in Chicago.  So how’s gun control working there? Obviously it’s not working very well because they have universal background checks and red flag laws. That would explain why the national media isn’t covering the Chicago shootings because those shootings don’t bolster their anti-gun narrative.

The Texas gunman allegedly obtained his firearm via a private sale.  As Erich noted, the only way you could get private sales to work is if you had the government videotaping and tracking everyone’s movement.  Even then, Erich believes you wouldn’t be able to stop ‘bad guys.’ They’ll just move on to killing via trucks which happened in France, fertilizer as was used by Timothy McVeigh, or knives.

Erich communicated that evil is in the heart of man and no law will be able to stop that heart from obtaining some type of weapon or instrument to create destruction.

Is the Second Amendment even slightly ambiguous hinting that we should re-write it?  How does Erich feel about suggestions made by Beto O’Rourke and Cory Booker? Would ‘red flag’ laws be effective?  Where do listeners stand on this issue? Find the answers to these and other questions when you review this important edition of Crosstalk.