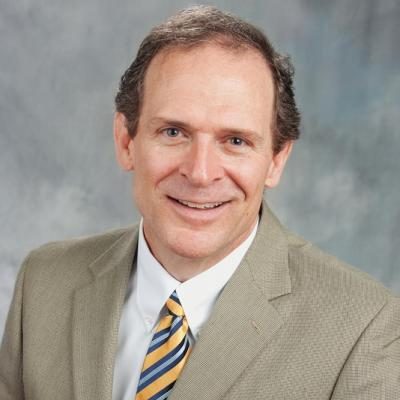 How many times have you heard governmental bodies, school districts, city councils and others deny any mention of Christianity or allow others to express such faith because of the so-called ‘separation of church and state.’  After all, they will say, ‘Haven’t you read that in the Constitution?’

The fact is, it’s not in the Constitution.  In fact, the Bill of Rights, which includes the First Amendment, was passed by Congress on September 25th, 1789.  Then just 8 days later, on this very day, October 3, 1789, President George Washington called for a national day of public thanksgiving and prayer to be observed.

What’s going on here?  Did the president ‘go rogue’?  According to today’s definition of ‘separation’ apparently Washington didn’t understand the amendments that Congress had just passed.  Or is it possible that it’s American society today that misconstrues the amendments and Constitution as they were originally written?

Joining Jim to discuss this issue on this historic day was William Federer.  William is a nationally known speaker, historian, author and president of Amerisearch, Inc, a publishing company dedicated to researching America’s noble heritage.  He has authored numerous books including, ‘America’s God and Country Encyclopedia of Quotations,’ ‘The Original 13: History of Religion in America’s First Thirteen States,’ ‘Who is the King in America?,’ ‘Miracles in American History’ and more.  He’s the speaker on the ‘American Minute’ daily broadcast.

William began by explaining that every colony originated from a different Christian denomination.  Virginia was Anglican, Massachusetts was Puritan, Rhode Island was Baptist, New York was Dutch Reformed, Delaware and New Jersey were Swedish Lutheran, Pennsylvania was Quaker, Connecticut and New Hampshire were Congregationalist and guess what?  They didn’t get along. In spite of their differences, they had to work together to fight the Revolutionary War.

Once the war was over and a new government was being created, the fear was that the federal government would follow the example of other nations in Europe and pick one Christian denomination as the official national one.

For example, in Europe, Germany and Sweden were Lutheran, Switzerland was Calvinist, Scotland was Presbyterian, England was Anglican, Holland was Dutch Reformed, and Italy, Spain, France, Austria and Poland were Catholic.

One possibility was the new Episcopal denomination.  Why? The Anglican Church had the king as the head and it was the official church in some of the colonies.  So after we broke from the King, the thought was that since we already have this Anglican church structure and we’re no longer going to be loyal to the King, they decided to call it ‘Episcopal’ where they took the English Common Prayer Book and scratched out areas where it said ‘King’ and wrote in ‘Congress.’  Using the Episcopal model for national use was such a serious consideration, people such as George Washington and Patrick Henry were in favor of it.

Other denominations pressured the new government that they would promise not to establish one denomination over another and that this new government wouldn’t interfere in the churches both in what they were doing internally as well as what they were doing in their states.  This resulted in the First Amendment that was passed by Congress during its first session in New York City.

Unfortunately, what those seeking to reign in government didn’t see was that 200 years later there would be, as William described it, ‘…a ditch on the other side of the road.’  It’s the idea that there would be individuals who not only want to outlaw Christianity, but to outlaw God.

Fast-forward to 1947.  Prior to that year it was understood that the First Amendment tied the federal government’s hand so the states could do what they wanted.  Then a case came up where bus rides were being given to Catholic students to attend Catholic school. Some states communicated that we have laws from a century earlier claiming that no state money is to go to Catholic schools.

This case (Everson v. Board of Education) went to the Supreme Court and was presided over by a Democrat Senator from Alabama that FDR put on the court.  His name was Hugo Black. Justice Black decided that the federal government was going to take religion out of the jurisdiction of the states and let the bus rides continue and from that point on, the federal government would be in charge of religious issues.

Justice Black then received a letter from someone suggesting that he read the debates of the First Amendment to see what the founders did.  How did he respond? Find out as William presents the facts on this fascinating aspect of American history.