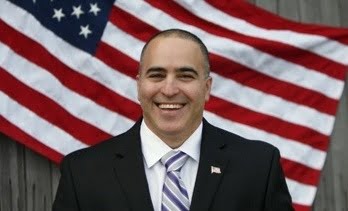 There’s currently a significant effort within the religious community worldwide to push for what’s known as ‘interfaith dialogue.’  This movement has been coming together, signing documents and pushing toward religious unity/understanding. This effort has resulted in the construction of a complex that’s to be constructed called the ‘Abrahamic Family House’ that will be located near Abu Dhabi.  This facility will house a church, synagogue and mosque in order to promote religious harmony.

Joining Jim to discuss this trend was Shahram Hadian.  Shahram is a former Muslim from Iran who came to the states in 1978 and committed his life to Jesus Christ.  Shahram started the TIL Project, the Truth in Love Project, which exposes the true goal of Islam and the threat of Sharia in America.  He has served as a pastor, a police officer, and a former candidate for Governor in Washington State.

Which side does your church fall on?  The answer will determine whether your church is prepared to witness the truth of Scripture to those who embrace Islam or whether it’s opening itself up to eventually embrace the idea of interfaith dialogue.  In order to make the investigation process easier for the layperson, Shahram has 10 questions that people can ask their church leadership. Here are 5 of them:

–Do you believe that Christians and Muslims worship the same God?

–Do you believe that Islam is indeed an anti-Christ spirit?

–Do you believe that Islam is an Abrahamic faith?

–Do you support the ‘Common Word’ Document?

–Do you believe in ‘bridge building’ between Christians and Muslims?

Find out the other five questions, and the explanation for them, when you review this Crosstalk broadcast.